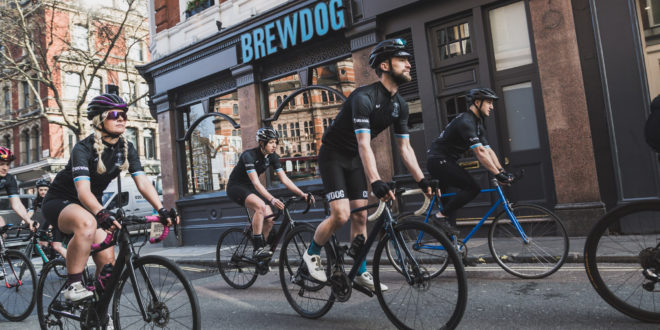 "Our fans who are avid cyclists have been using BrewDog bars as unofficial Clubhouses for years," he added. "With BrewDog Chain Gang, we wanted to turn it up a gear by helping our community unite their two passions."

BrewDog has a global network of 50 bars, from Southampton to Stockholm, and from Brighton to Barcelona.

Members of the BrewDog Chain Gangs can start their rides with a no-alcohol Nanny State and end them with a Punk IPA, suggests Watt. There are already chapters live across the UK, Europe and Canada.

Prospective members join the club via the Clubhouse portal on Strava where information on upcoming club events is also shared.

Those interested in starting a new BrewDog Chain Gang chapter anywhere in the world can become a "Ride Leader" even if there’s no BrewDog bar in town.