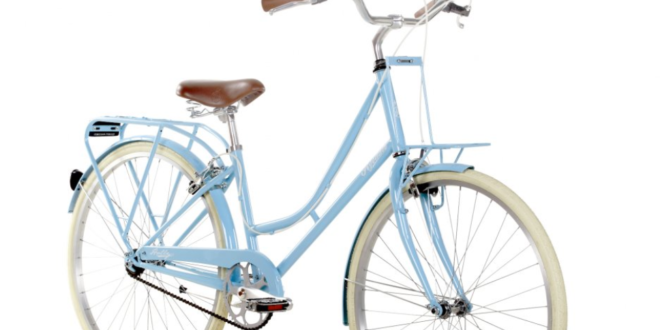 In summer 2015, Indian manufacturer Hero Cycles secured a majority stake in bicycle distributor Avocet Sports as part of an international expansion effort. As Hero’s first acquisition outside of India, Avocet has undergone a major transformation.

“Teaming up with Hero has really dominated our activities for the past year or so. They have introduced a lot of new methodology into Avocet,” says Steven Walsh, Avocet owner. “We have brainstormed continually, and our European strategy has slowly but surely been evolving to the point where we can now see the future for our group very clearly. The final structure was agreed at a meeting of stakeholders in Zürich, straight after Eurobike. We’ve spent a year integrating accounting systems, but fundamentally, they just leave us to it. They’re extremely supportive, great people to work with, and very talented.”

A true cycling giant, Hero manufactures up to 20,000 bicycles a day, most of which are typically known as the black bicycle. These mass-market vehicles are, unsurprisingly, all painted black, produced to the same specifications: single speed, low saddle posts, and a hefty weight. They represent 35 per cent of the Indian bicycle market. “What’s happening is that the growing middle class in India have seen other kinds of bicycles out there,” Walsh explains. “Until recently, nobody was servicing that demographic. And the fact that the market was about to change so rapidly must have startled Hero a bit. That’s one of the reasons that they bought Firefox, which gave them access to the Trek distribution for India.

“They’ve spent so long making this kind of bicycle that to change as quickly as they needed to in order to satisfy the demand for mountain and road bikes overnight would have been almost impossible without coming to somewhere like Europe – this was the easiest target for them.

“Hero spent a lot of time examining the UK and European markets, looked at all of our competitors, and then came to us to propose working with them to help them grow their European presence over a five-year period, and to help them with the rapidly changing market situation in India,” says Walsh.

“This has really opened our eyes to the possibilities in Europe. The owner, Pankaj Munjal, is extremely visionary: he’s got big ideas and dreams, and is a motivator who surrounds himself with top people. I’ve learned a lot from Hero in the last 12 months.”

In an interview with BikeBiz earlier this year, Munjal predicted that Avocet would double in the next five years – Walsh is more ambitious now. “Doubling within two years is quite likely, but we will roll out each new project in a planned and timely fashion to achieve the achievable. This year has been one of integration and consolidation. We have very big expansion plans for 2017 and beyond. We’re all committed to the programme and have some big dreams to realise together.”

Immediately after the acquisition, Avocet introduced Hero to a Sri Lankan company called BSH. Hero purchased the factory four months later in anticipation of the duty exemption status that Sri Lankan companies expect to be announced in January 2017. “It’s all related to the human rights targets which have been set. The factory will become a major supplier to Avocet. Around 80,000 units have already been produced there this year,” says Walsh. “Hero is looking all over Europe at the moment for more acquisitions, some of which we’ve introduced them to, and some they’ve found their own way to. I’m sure in the next few months there will be some exciting announcements.”

With backing from Hero, it’s hardly a wonder that Walsh expects to see a positive reception abroad – several brands are already in the process of being launched to the dealer market in India. “It’s early days, but the indications are that India will be the biggest market for some Avocet brands before
too long.”

“At the moment, I’m trying to convince Hero that assembly should take place in the UK. The manufacturing is almost gone here, but there are actually a lot of smaller companies who are making fewer than 300 bikes every month. It tends to be the people making carbon frames. So I’m exploring the possibility of setting up a big factory in Europe. Obviously I’ve got a big board of Indian directors to convince that now’s the time to do it. We’re starting to look at potential grant money, locations, container terminals, distribution, and so on.”

In terms of big projects in the pipeline, Walsh is eager to tell me about Hero having signed off on a European Centre of Cycling Excellence, close to the Manchester Velodrome where Avocet holds its regular board meetings. “We were competing with London, Copenhagen, Amsterdam and Berlin for the location, and Hero has recruited some of the finest European designers of bicycles and frames. The facility can house 70 people and it’s just four minutes by tram to the city centre. It has its own gymnasium, restaurant, and conference facilities, and a big showroom. It will store all the latest CAD-CAM equipment and some testing machinery. The unit will design products for the entire group there.” The facility’s launch is anticipated to be at the end of January next year.

“Eurobike has been a great platform for our big push into Europe. We’re working with the various UK trade bodies to identify our target customers, but there’s no substitute for taking your products to the big European exhibitions.”

As Avocet has grown quite rapidly, Walsh admits that it hasn’t been particularly good at controlling distribution of brands such as Viking and Coyote. Due to discounting on the internet, the company has lost some market share with the IBDs. In an effort to reverse that, the company launched five IBD-only brands at Eurobike. The response has, apparently, been tremendous. “The Ryedale bikes were the first to launch. The reaction and demand have been overwhelming. We’re not offering entry-level products anymore, our focus is on key price points within the middle market and the IBD-exclusive programme.

“The pledge is that you won’t see them all over the internet with discounted prices. They really are IBD-only brands. Whilst we do have Viking tandems, which will be sold through several channels, we’ve now got a new range of tandems under the Simmensohn brand that’s aimed at the European brand. It’s supposed to be a bike that would appeal in Sweden.”

The new range of electric bikes focuses on key consumer requirements within each demographic sector. “Quality at affordable price points was where we started. We are now in our sixth year dealing with the same manufacturers; that says a lot. We’re finalising 2018 models currently, and the software features and benefits will be amazing.” Avocet is also working on a new range of folding bikes that Walsh hopes to launch before Easter next year, along with a gravel bike.

“It’s our effort to kind of woo the IBDs back. I think that we’ll hold our hands up – we did turn our backs on them for a while with some of the activities that we undertook. But we’ve really come to realise that they’re the lifeblood of the industry.”

Previous Ison take over distribution of Happy Bottom Bum Butter
Next Cheap? Could it be fake? BikeBiz special on counterfeit bikes & parts 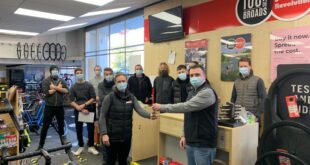 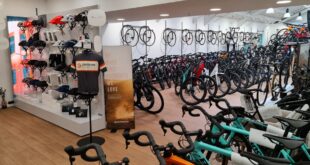 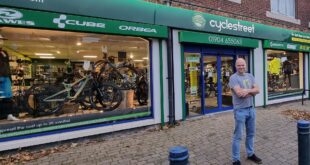 All demand, not enough supply