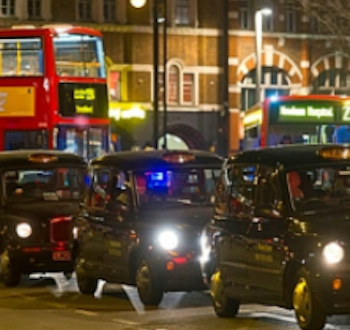 “Astonishing” growth of cycling in London attacked by taxi union

"There has been an explosion in the number of people commuting by bike [in London]," complains a taxi union. "Astonishingly, 30% of road traffic traversing Bank Junction are now cyclists," adds the National Union of Rail, Maritime and Transport Workers.

The RMT is complaining about Transport for London’s planned closure of the junction to all but buses and bicycles. The union claims that people are turning to cycling not because it’s fast, cheap, pollution-busting, healthy and fast (did we say fast already?) but because the "Tube [is] dangerously overcrowded during peak hours."

The RMT frets that "people are turning out of desperation to commuting by bicycle", a mode of transport that’s booming "despite its impracticality."