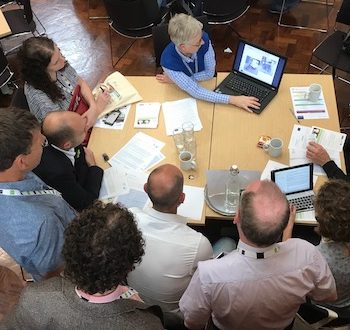 With 140 delegates the Bike Share conference, which kicked off today in Manchester, is twice the size it was at last year’s inaugural event, held in Oxford. The conference was opened by Cllr Chris Paul, the deputy walking and cycling commissioner of Greater Manchester, and the first day concluded with a group ride to Salford’s Media City on Ofo and Urbo bike share bikes.

The conference focused on the dizzying growth seen in the bike share sector over the last 12 months, the development of new models driven by tech investments, especially from Asia, and the social, health, and environmental benefits being experienced by residents in areas that have been equipped with bike share bikes, dockless or otherwise. (During one of the sessions, Ofo’s Joe Seal-Driver said he preferred the term "free-floating" bikes rather than "dockless.")

"With growing interest in the sector, and new schemes launching every week, there is the possibility to make a real cultural shift," she added.

Of further interest to bike dealers, a Bikeplus survey of users of the e-bike share schemes in Oxford and Exeter found that 34 percent of respondents were using the share bikes in order to evaluate purchasing their own electric bikes.

Prior to the conference Bikeplus hosted the POLIS Network working group consisting of representatives from cities including Madrid, London, Prague, Stockholm, Prague, Brussels, and Gothenburg. Talking at the conference was Aaron Ritz of the North American Bike Share Association.

Bikeplus is the representative body for the UK bike sharing sector. The Bike Share conference concludes on Thursday.

Disclosure: I chaired the event.