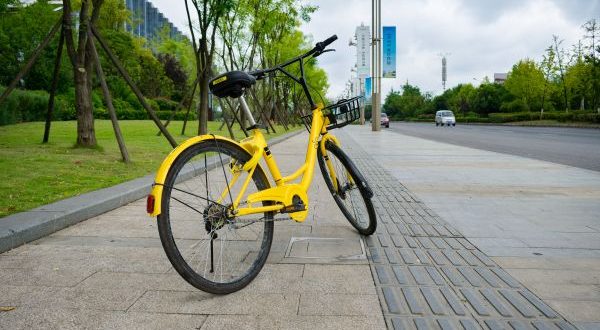 Are bikes the future of urban mobility?

By Rob Brown, co-founder and managing director of Kerb.

In most cities around the UK and the rest of the world, there’s never been a worse time to be a cyclist. Every year, over 100 cyclists are killed on the UK’s streets, and more than 3,000 are seriously injured. In bike-crazy Holland, cyclist fatalities in 2017 were higher than the number of people killed while driving a car or motorbike, while cyclist deaths by people driving while texting have seen a dramatic increase in almost every country. Our streets are more congested than ever, with almost 2.5 million new cars registered each year in the UK alone. Mega-cities like China’s Beijing and Brazil’s São Paulo see around 5,000 new cars hit their roads every day. Initiatives to create cycle lanes, while well-intentioned, are cost-prohibitive for all but the most progressive and wealthy cities around the world. ‘Cool’ urban mobility solutions such as ride-hailing and electric share scooters have stolen the limelight. The humble bicycle has lost its lustre. Or has it?

Unless you’re living in a bubble, you will have noticed that Governments are grappling with the issue of how to get vehicles out of cities and commuters on to public transport and other, less polluting (ie, less greedy) forms of transportation. E-tolls, congestion charges and odd-even number plate restrictions are just the start. Our roads and motorways have reached a tipping point, to the extent that commuting to work in, and trying to park, a car or SUV is making less and less sense. Ride-hailing apps such as Uber, Grab and Taxify have become the one-click A-to-B transportation solution for tens of millions of commuters worldwide. Park-in-someone’s-driveway apps such as Kerb and JustPark are providing an alternative to traditional parking, and a plethora of electric scooter programmes have sprung up all over the world. But what about bikes?

Of all the transportation-on-wheels solutions available in our cities today, bicycles have stood the test of time like no other vehicle. The German ‘draisine’ first appeared in 1817, almost a century before Henry Ford revolutionised urban transportation across North America and Europe with his Model T (or “Tin Lizzie”, as it became fondly known). Bikes are affordable, light, easy to park and emit fewer toxic emissions than the rider upon them. Racks and baskets mean that briefcases, laptops and groceries can easily be transported by commuters (an important point missed by the proponents of electric scooters). And in this age of obesity and other first world health conditions, pumping pedals for an aerobic hour or two on the way to work and back is an incredibly effective way of killing a couple of birds with the same two wheels: more time to spend with kids before school, gym sessions and membership fees can be reduced or eliminated, and the commuter arrives at work feeling alert and ready for a productive day. Not so with most other forms of transportation, where the stress of congested streets, cramped carriages, the search for parking and the perennial uncertainty of how long it is going to take to arrive at your destination make for a less than ideal start (or end) to the day.

A number of high profile cities around the world are placing big bets on bikes emerging as a major type of human transportation. In Denmark’s capital, Copenhagen, over half of all commuters cycle to work every day, along 200 miles of dedicated bike lanes. The German city of Hamburg has taken significant steps to prioritise travel by bike and on foot. And in clogged Chinese cities such as Beijing, Shanghai, Shenzhen and Guangzhou, citizens have embraced bike-sharing programmes with alacrity. China’s secret? ‘Dockless’ bikes, which unlock themselves when scanned by a smartphone and which can be parked anywhere. No more need for expensive docking stations, which take up precious space in busy areas, attract vandals and graffiti, and quickly become a policing and maintenance headache for local authorities, and for the (mostly) private companies that operate them. The other issue which is often overlooked with any vehicle sharing programme, be that bikes, cars or electric scooters, is the ‘proximity issue’. Vehicle sharing programmes only work if the vehicle is close to where you need it. Most car hire companies have failed to resolve this last-mile pick-up/drop-off issue.

Case in point: Hiring a car. We can all relate to the friction associated with needing to get a taxi or an Uber or a family member to drop us off at, or pick us up from, the local Hertz or Avis or Europcar hire-car branch. Their model only works because most people are hiring a car for several days, but it probably wouldn’t work for short-term rentals.

The future of vehicle-sharing is a distributed model. It has to be. If I can pick up an electric share car through the Kerb parking app, that is parked and charged in a private driveway or car park 100 metres from where I am right now, I’ve overcome the proximity hurdle. But if I have to take another form of wheeled transport to get to that car, the model has failed. I don’t need (nor do I have time for) that friction. The same rule applies with the bike sharing models that will likely proliferate, give me the convenience of a share bike which I can pick up no more than 100 metres from my home, and I’m more likely to use it. But make me travel a few blocks or bus stops to a docking station, and the likelihood is surely less. As a result of the dockless break-through, Chinese bike share companies such as Ofo and Mobike have attracted big dollops of venture-capital and both have already entered the US market. Venture-backed US competitors such as LimeBike and Jump Bikes (which was recently acquired by Uber) are going after the same dockless bike sharing opportunities.

But bike sharing programmes are not without their drawbacks. Countless stories of share bikes discarded in piles outside entertainment venues, or ending up at the bottom of rivers and lakes have created headaches for local authorities, many of which have refuted bike sharing schemes altogether. Whether bikes need to be picked up from a dock, or can be accessed from just about anywhere, the mere fact that they can just as easily be dumped and forgotten makes them more akin to shopping trolleys as a form of transportation (“I reached my destination, but just can’t be bothered to take the damn thing back to where I got it.”) This is the Tragedy of the Commons all over again: abusing the system without any real consequences. Which is different from sharing economy platforms like AirBnB, Kerb, Uber or Upwork, where there are two humans involved in the product or service exchanged. The reputational damage to a user’s ranking is greatly reduced when you’re renting a bike from a company rather than a person.

Ultimately, the forward-thinking Governments of China, Scandinavia and other parts of Europe have understood that more bicycles, particularly if there are enough roads and lanes provisioned for them, can only be good for the increasingly sedentary societies that they govern. Our ‘one-click’/‘order-now’ societies have become fat and lazy. The risks of personal injury while riding a bike to work, or as a pastime, are far outweighed by the costs to a nation’s health system borne by an overweight and unhealthy population. Ordering an Uber or a pizza, or hopping on an electric scooter or into a self-driving car requires almost no physical exertion.

Cycling involves physical effort, an element of risk-taking, and persistence in the face of adversity (steep hills, slippery roads, abusive drivers and unpredictable weather). For Governments, employers and parents alike, surely those traits are more akin to the values we are seeking to instill in the people who fall within our command?

The Smart Cities of the future will teem with two-wheeled vehicles. And as many of those vehicles will be powered by human power, as by electric power. Investors take note! 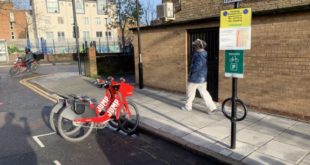 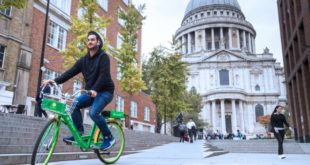