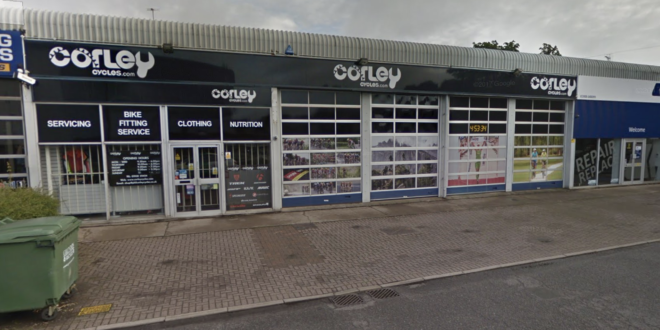 £70,000-worth of stock stolen in raid on Corley Cycles

Thieves targeted Corley Cycles of Milton Keynes at the weekend and stole approximately £70,000-worth of bikes. The raid also caused substantial damage to the store. There were also raids on JC Cook Cycles in Grimsby and 18 Bikes in Sheffield.

In a Facebook posting Corley Cycles said: “We’ve had better Monday mornings … we were broken into last night.

“An awful lot of damage has been caused to the shop and circa £70k worth of stock has gone.

“We are open and need all of your support more than ever.”

The bikes stolen from Corley Cycles include:

JC Cook Cycles of Grimsby was raided last Thursday night, and the bikes stolen were:

The shop is offering a £2,000 bike given as a "reward for information that leads to the conviction of the people in question and return of the bikes.”

An attempted break-in at 18 Bikes in Sheffield resulted in damage, but nothing was stolen. The JE James store in Rotherham was raided in late July, with damage done to the shopfront and three Orange MTBs stolen.