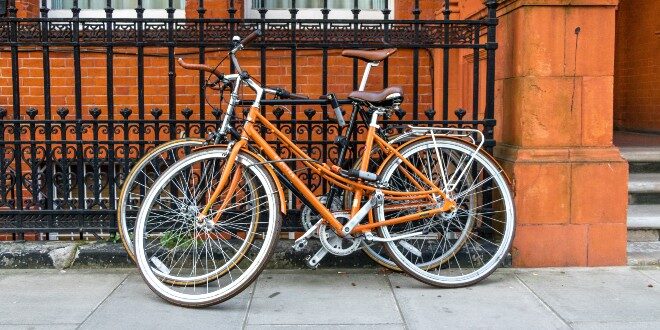 New research from the HSBC UK and British Cycling partnership has revealed that 5.5 million Britons have been inspired to buy a bike since the first national lockdown.

One in ten have made a commitment to continue this increase in cycling with plans to commute by bike some of the time when they return to work.

However, as more people begin to commute again to workplaces and offices, the research has also revealed that 20 million Britons will be getting back into their cars, travelling an average 10.41 miles for an average of 3.5 days a week in the ‘new normal’.

Analysis by Professor Jason Gill from the University of Glasgow revealed that if those in the UK who lived within a five-mile radius of their workplace cycled or walked to work instead of driving, transport carbon emissions could be reduced by at least 50,000 tonnes of CO2 per week.

To help those who could choose to cycle rather than turn to the car as they return to work, the partnership has enlisted the help of Sir Chris Hoy and British Cycling’s Commute Smart hub to support everyone’s commuting confidence.

Sir Chris Hoy, Olympian and HSBC UK and British Cycling partnership ambassador, said: “Many people are held back from cycling by thinking their commute is too long (26%) or they aren’t fit enough, but no matter what your fitness level, you’ll surprise yourself and be able to cycle five miles – which takes about 30-45 minutes. With the right planning and preparation, cycling could be the answer for a quicker commute that helps you get fitter, healthier and greener.”

Sam Robson, head of the HSBC UK and British Cycling partnership, said: “Building back from the pandemic is a pivotal moment to make cycling a sustained lifestyle choice, with employers playing an important role in helping their people choose cycling as part of their commute. In fact, more than a third (36%) of key workers who have continued to commute through the pandemic would be more likely to cycle to work if initiatives and facilities were actively provided by their employer.

“Through the partnership, we have inspired more than two million people to get on their bike, including over 10,000 colleagues using our Get Active digital hub, and we hope to encourage even more people as part of the UK’s recovery and return to the workplace.”