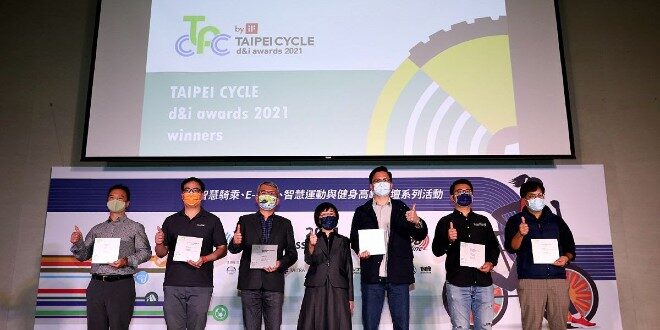 The Taipei Cycle d&i awards has announced 38 winning products for its 2021 edition, including six recipients of the Gold Award and one recipient of the Young Enterprise Award.

The ceremony was broadcast live from Taiwan as part of a press conference to share the latest news on the upcoming Taipei Cycle Online Show. 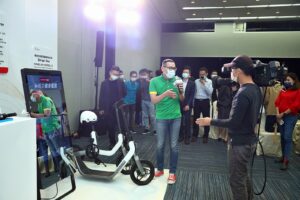 “The impact of the pandemic has caused significant changes in the bicycle industry in 2020,” said the judging group. “It can be seen from the entries in this year that the effort and energy put into innovative research and new product development have no longer focused on sports, competition or leisure, but tapped into the needs of various groups, such as commuting, cargo, etc.

“In addition, the creative process in product development also begins to shift from discovering and solving problems to focusing more on lowering the threshold and offer better user experience and narrowing the distance between the product and the user, which should be very much encouraged.” 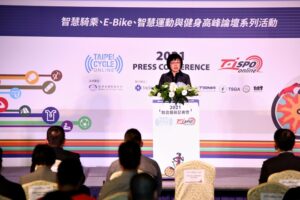 The press conference also brought together industry speakers to look forward to the first Taipei Cycle Online Show. Opening remarks were given by Leonor F. M. Lin, president and CEO, Taiwan External Trade Development Council (TAITRA), Steve Chien, representative, Taiwan Bicycle Association and president of Fairly Bike Manufacturing Co, and Paul Yang, president of Taiwan Sporting Goods Manufacturers Association. A video was then played giving a preview of some of the booths on display at the event.