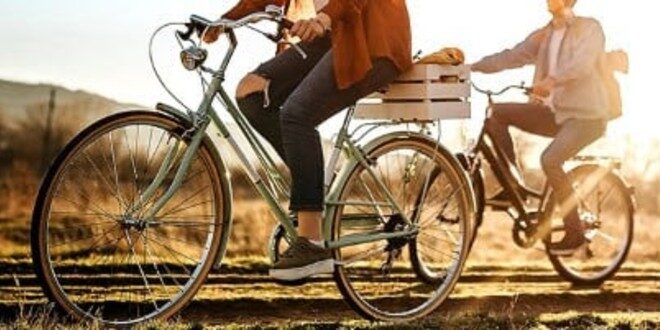 UK bike volume sales rose an estimated 22% in 2020, according to the latest research from Mintel, with the number of bikes sold reaching an estimated 3.3 million, up from 2.7 million in 2019.

Over a fifth (21%) of cyclists have bought a bike for themselves in the past 12 months, up from 17% over the previous year. 45% of cyclists have cycled more since the start of the pandemic. One in four adults (25%) who bought a bike in the past 12 months were either new first-time cyclists or people who used to cycle in the past and returned to the saddle during the pandemic. Overall, just under a third of adults (31%) currently cycle and around a fifth (19%) of Brits cycle at least once a week.

Meanwhile, the value of the bicycle market rose an estimated 44% to reach almost £1.2 billion in 2020, up from £825 million in 2019, as a surge in demand and global supply constraints pushed up average prices.

“Cycling has been one of the clear winners during the upheaval of the past year,” said John Worthington, senior analyst at Mintel. “The perfect set of circumstances for bike sales, which the pandemic created, is likely to be a one-off ‘black swan’ event. However, there is now a solid platform for sustained growth, provided the industry can manage the supply chain challenges that have been the one major spoke in the wheel during the recent bike boom.

“Consumer engagement will be stimulated by a rising focus on health and wellness. If 2020 has largely been a renaissance of leisure cycling, cycle commuting will offer a further growth opportunity as a new band of ‘COVID cyclists’ return to the workplace.

“Ongoing improvements in infrastructure such as new bike lanes, pavement-widening, and cycle-only corridors, accelerated by the pandemic, are helping to make cycling a safer activity. As the UK seeks to decarbonise its transport system, active travel now has strategic importance.”

Almost a quarter (23%) of those who bought a bike in the past 12 months used second-hand sellers, a six-point rise from the previous year when it was 17%.

Worthington said: “Given the spike in demand seen during the pandemic and the supply chain challenges experienced across the industry, it is no surprise that the second-hand market has seen such a boost.

“With these supply issues likely to continue over the next 12 months, there is an opportunity for local bike shops to move into the second-hand market – offering deals on servicing, enhancing and repurposing existing bikes, either for the owners themselves or to buy and sell on to new customers. Shops can enhance their green credentials by ‘upcycling’ old bikes into new improved models.”

“The popularity of mountain bikes and hybrids reflects the type of new customer created by the pandemic – mainstream leisure cyclists, rather than the cycling ‘hard core’,” said Worthington.

“Growth in e-bikes has also been rapidly gathering pace since 2018, and ownership is now expected to start increasing at a rapid rate. There is huge potential in this high-value segment. The possible introduction of government subsidies for e-bike purchases, if they go ahead, would help to further stimulate sales.”