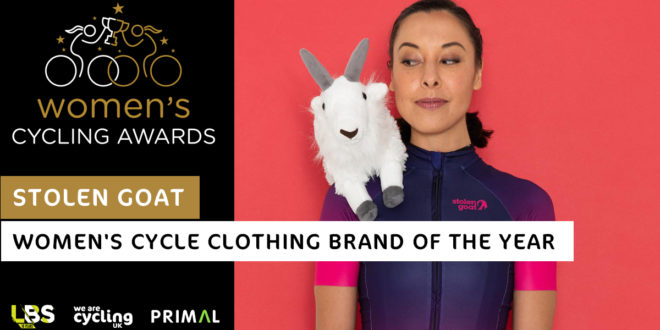 The London Bike Show and Cycling UK have announced the winners of the inaugural Women’s Cycling Awards.

Originally scheduled to take place on the opening day of the postponed London Bike Show, the awards were announced via the event’s social media channels.

Consisting of a total of 12 categories, 11 of which had shortlists selected by a judging panel of high profile women working in the cycling industry, the awards include a wide range of categories from Pro Rider of the Year to Volunteer of the Year and Unsung Cycling Heroine. The winners were then selected by public vote on the Cycling UK website where thousands of votes were cast.

An Outstanding Achievement Award winner was selected from the other 11 award winners by the judging panel once the public vote had closed.

It was awarded to the winner that the panel deemed to have made the most outstanding contribution to women’s cycling within the last 12 months, considering the impact, the reach they have, how they have benefited women’s cycling and the ability of their achievement to inspire more women to cycle.

The online ‘ceremony’ featured a video introduction from host Anna Glowinski and messages from various award winners. All winners will receive a custom Women’s Cycling Awards jersey created by Primal.