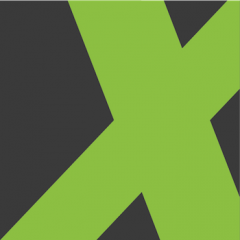 Planet X of Yorkshire has boosted its annual profits by £900,000 reporting a £1.01m profit for the financial year to 29th March. This follows a restructuring of the company, including making almost half of its staff redundant in November last year.

The Rotherham-based company employed 118 staff, and is run by founder Dave Loughran. In the precious financial year Planet X made a profit of £109,689. Prior to that the company made a loss of £86,594 on a turnover of £20 million.

Planet X – which employed 142 staff in 2015 – owns the On One and Holdsworth marques, and also supplies eponymously-branded bikes.

The annual financial report for the business said "signiﬁcant changes [have been] made over the last 18 months, which saw the business return to proﬁtability last year, has now resulted in signiﬁcant proﬁts in this year.

"The main elements of the reorganisation within the business have now been completed and the coming year will beneﬁt from the full impact of these changes.

The report added: "The only adverse factor in the year was the impact of Brexit upon exchange rates, which increased the prices of many imported components.

"This has reduced the gross margin achieved in the year."