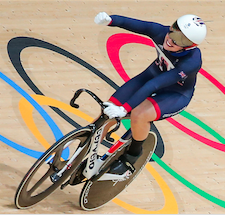 Welsh Cycling has publicly announced its support for the addition of more women’s cycling events in the 2018 Commonwealth Games.

The organisers, whom Welsh Cycling claims are “creating equal opportunities for both men and women,” have released the official events for the competition, which include women’s keirin, team sprint and team pursuit, all of which will be added to the games in 2018.

Matt Cosgrove, performance director at Welsh Cycling, said: “The addition of three track cycling events for 2018 Gold Coast Commonwealth Games is a significant step forward. With the further four events in boxing and weightlifting, it brings equality to the medals on offer for both men and women. We thank Chris Jenkins, and Commonwealth Games Wales for their support in getting these events added.

“For Welsh Cycling, this means we have more events to target in the Gold Coast. Wales’ Becky James, Elinor Barker and Ciara Horne have won medals in these events at European, World and Olympic levels and it would be great to see this success continue for Wales on the Commonwealth stage in 2018.”

Gold Coast chairman Peter Beattie made the announcement at the Commonwealth Games Federation Sports Summit in Canada, commenting: “GC2018 will host the largest ever gender-equal medal events across the sport program. We hope this focus on inclusivity will prove to be one of the most outstanding features of the 2018 Games legacy.

“This initiative supports the CGF’s vision for greater gender equality and I am confident that the precedent we establish for 2018 will augur well for future multisport events to emulate.”

The seven events added to the programme take the total number of medal events at Gold Coast 2018 to a record-breaking 275.