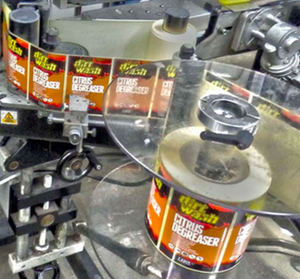 With a solid British history, Weldtite is one of the main contenders for top UK cycle industry manufacturer. I speak with managing director David Bennett-Baggs about the company’s direction.

If you don’t stock Weldtite products in your shop, that’s probably because you’re not a cycle retailer. In fact, the company reckons its probably the largest manufacturer of bicycle accessories in the UK. “At the last count, we were sold by about 3,500 shops – that pretty much everyone – which may or may not carry the full range,” says managing director David Bennett-Baggs. With a history spanning as far back as the Second World War, Weldtite started life as a supplier of puncture-repair kits for army vehicles to the Ministry of Defence. It was only in the late 80s, following a move from London to Barton-upon-Humber, that it began expanding its range to cover every aspect of bicycle maintenance.

And while it still manufactures over two million puncture-repair kits yearly, Weldtite is now responsible for the production of over 1.5 million containers of lubricant oil too, along with a large volume of other bicycle maintenance accessories. “Most of our competitors seem to hone in on one aspect, but we cover everything,” says Bennett-Baggs. “There certainly are competitors all round the world – I guess our German puncture-repair equivalent is Tip Top, but they’re very expensive. Because we manufacture in the UK, we’ve been able to get product to market at a very competitive price without compromising quality. Maybe some retailers aren’t aware of this enough.”

Of course, there are hardly any actual manufacturers left in the UK – Weldtite is unique in this way. “Over the last 20 years, we’ve been trying to get further down the manufacturing chain – doing this gives us great control,” Bennett- Baggs explains. “We started injection moulding 15 years ago, and blending our own chemicals four or five years ago. We used to buy vats of chemicals. We’re also very fortunate to have a license with the chemical company DuPont, which owns the rights to Teflon. We are the only manufacturer in Europe who can actually sell their lubricant as Teflon – our TF2 is very high-profile.”

Bennett-Baggs notes that in times when the complete bicycle market flattens, Weldtite doesn’t necessarily mirror this sales dip. “When a cyclist doesn’t replace their bicycle, if anything they need to maintain it more. Historically, we haven’t always followed the trend when sales increase either, but we’ve been fortunate to see growth for 12 years running. Our turnover is just shy of 8 million pounds – a significant part of that is exports.”

With a significant network of overseas distributors, 45 per cent of Weldtite’s sales are overseas, in 48 different countries. “Generally, foreign countries very much like British-made products – there’s the confidence in the quality. We manufacture to the international quality standard ISO 9001, and work very closely with Leeds University. We also constantly test all our products, and have a standard against the four-ball wear test. Especially, when we are exporting overseas with how the pound is, we have a real advantage at the moment.”

Bennett-Baggs says that keeping price increases to a minimum in the UK is an important component of Weldtite’s value system, and despite recent hefty upsurges in cost, he claims that, in the main, that hasn’t affected the company. “We’ve managed to hold our prices. Of course, we’re using oils and plastics, which are dollar- based; those are affected, but nothing compared to if you bought a complete item from overseas.”

With plans to expand, the company acquired an adjacent plot of land the same size as their current premises 18 months ago. “Whilst we’ve got 25,000 square feet, we’ve expanded to the limits of the area we have. Fortunately, we’re on an estate where we’ve been able to rent additional units as and when required, just opposite us, to have extra storage facilities. At the moment we haven’t pressed the button to start building a new factory, but eventually the time will come when we’re ready for that.” Which begs the question, will Weldtite be launching or acquiring new brands soon? “We want to remain specialist, covering everything that is required for maintenance. We are continually developing and have new products that will be launched at Taipei, but we intend to keep to our range of bicycle maintenance products, because everybody knows us under that identity.”

While it won’t be branching out anytime soon, Weldtite is always working to build brand awareness in the UK. Selling through a multidistributor network allows the products to be available to a wide range of retailers, which in turn maintains accessibility to consumers. “Certainly, we can react extremely quickly, we sell in the UK to our distributors only, but we do our best to supply 98 per cent of an order that will leave our building within 48 hours. We communicate the best we can, but because we don’t sell directly, we’re reliant on our network of wholesalers. We continually mail out catalogues to direct retailers through our wholesale distribution.”

“It’s very easy to have a great marketing story,” says Bennett- Baggs. “But I strongly recommend to retailers that they look very closely at what they pay and at what we offer. I think they’ll see they’ll be able to increase their margin if they don’t buy from us already. It’s important to support British-manufactured products, which we are 100 per cent, and to look closely at what value you’re getting from brands produced abroad.”