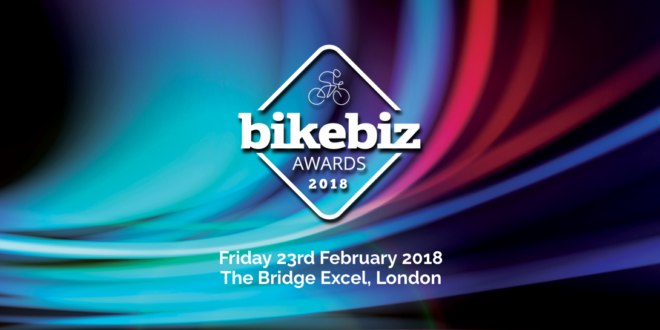 Voting for the BikeBiz Awards have closed

Earlier in the month a shortlist was announced for each of the 18 award categories; thousands of votes have been cast and the winners will be announced at the awards ceremony.

This year marks the tenth anniversary of the awards, now in conjunction with the London Bike Show. It will honour key industry influencers from every corner of the trade, from mainstream retailers and bike brands, to consumer magazines and independent bike dealers.

“The 2018 awards look set to encapsulate everything about the cycling industry that we love and cherish," commented BikeBiz editor Hayley Ferguson. “With an expanded list of awards, a diverse and comprehensive list of nominees voted for by the industry and a brand new venue, we’re confident that the tenth anniversary of the awards will be a night to remember.”

Tickets for the 2018 BikeBiz Awards are available to purchase now from the official event website here.

Key sponsors for this year will include Tannus Tyres, who will return as event sponsor on the night. Tannus’ Ricky Gawera told BikeBiz: "We’re very pleased to be partnering up with the BikeBiz Awards for the second year running. Last year presented a completely unique opportunity for the industry to celebrate its successes together and once again, we’ll be front and centre to recognise the best of the best in the cycling industry. Good luck to all the nominees."

Citrus Lime is also returning for the second year as an event partner. The company will be on hand to discuss its innovative EPOS and e-commerce solutions. Joining Tannus and Citrus Lime is NEOS Cycling, who will come on board as sponsor of the Independent Bike Dealer award.