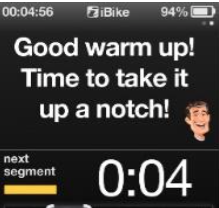 Velocomp, the manufacturer of the PowerPod power meter, has released details of its updated brand and logos.

The change in visual identity reflects Velocomp’s intention to re-position itself within the market of cycling measurement and analysis technologies as BikeIntelligence.

“Cyclists of all levels benefit greatly from power measurement and training,” said VP of sales and marketing Phillip Lucas. “Power’s cost and knowledge barriers have been huge.BikeIntelligence overcomes these barriers through Velocomp’s seamless and affordable combination of products, software, and apps.

"Our new logo reflects that by representing the seven zones of power training, inspired by the PowerScale bar which guides users of our Powerhouse app.”

BikeIntelligence drives Velocomp’s Powerhouse app for iOS and Android. In the app, coach Hunter Allen guides cyclists through challenging plans and workouts with improved performance techniques that are customised to the rider’s objectives.