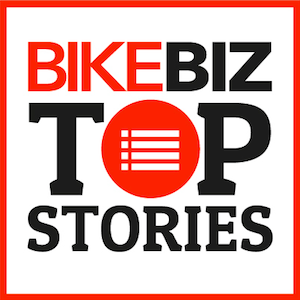 BikeBiz is the only destination to receive all of your news from the cycling industry. Every week we cover the biggest unfolding stories from around the nation, along with cutting edge analysis and the last seven days are no exception. Below you’ll find seven of the biggest stories to hit the site in no particular order.

2. Investing in cycling pays off, finds new DfT-commissioned study
A new study analysing the Government’s Cycling City and Towns programme demonstrates that cycling trips increased over the lifespan of the project.Read the full story here.

3.Answering Google’s cycling questions
With the help of Google, we dug up four of the most frequently asked questions cyclists had about getting on a bike, and set out to answer them in the hopes that when a customer walks through your doors with a myriad of questions, the perfect retort will be on the tip of your tongue. Read the full story here.

5. Is there any way to stop re-sellers?
This week, Raleigh released the anticipated re-issue of the classic Team Aero Burner. The model, which exactly mirrors the 35-year-old original BMX, has been the subject of media hype due to its extremely limited run – only 350 models were made available to the public. Read the full story here.

6. 600-mile Dutch-style cycleway remains key part of HS2 rail-link plans
The government has today awarded £6.6bn contracts to build the new high-speed railway between London and Birmingham. This is the first phase of the controversial £55.7bn HS2 project, and it includes plans for a 600-mile cycleway network to be built to Dutch standards. Read the full story here.

7. Mr Crud objects to Sustrans’ plans for Scarborough’s Cinder Track
Pete "Mr Crud" Tomkins is one of 2,553 people to have signed a petition opposing proposed changes to the Cinder Track, a 21-mile multi-use former railway line between Scabrough and Whitby. Tomkins lives close to the trail and has been riding on it for more than 30 years (his firm makes mudguards in Yorkshire). The track is owned by Scarborough Borough Council which commissioned a Restoration Plan from Sustrans funded by a Coastal Revival Fund grant. The proposed £7.2m plan for the trail includes various changes, including resurfacing some parts of it. Read the full story here.

We’re always looking to hear from you. Do you have any news you’d like to get out to the trade? Let us know by e-mailing us at: khowells@nbmedia.com. For all advertising enquiries, contact Richard Setters at rsetters@nbmedia.com.

Share
Previous Who won the Tour de France? Shimano
Next Aston Martin said to have tabled a £200m bid for Rapha, sorta

Voting will close tomorrow, 7th October, for the BikeBiz Awards 2022 in association with ArmaUrto. …