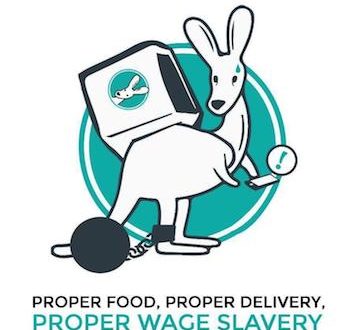 Deliveroo riders have won – or lost – a landmark legal battle over their employment status, depending on whose point-of-view you prefer. Riders have been confirmed as self-employed and not as workers entitled to benefits such as sick pay.

The ruling was delivered in favour of the Deliveroo company by the Central Arbitration Committee dismissing a challenge from the Independent Workers of Great Britain union. The IWGB had argues that riders were workers to support a claim for union recognition; however the CAC panel rejected the application.

"The Central Arbitration Committee has confirmed that riders are, indeed, self-employed."

He added: "The flexibility of self employment means that you can work where and when you want and with several companies during the same hour. 85 percent of you tell us that flexibility is why you work with Deliveroo and that is why today’s decision is so important. By working together we will protect the flexibility you value and increase the security you deserve."

The IWGB was representing riders in London who wished to be classified as workers and to officially unionise.

The CAC decided that because riders have the in-app ability to "substitute" – allow other riders to take their booked hours – they could not be classed as "workers."

In a statement, the CAC said:

"We find that the substitution right to be genuine, in the sense that Deliveroo have decided in [its new contract] that riders have a right to substitute themselves both before and after they have accepted a particular job."

The committee added: "Since we have found that the riders are not workers, we cannot accept the Union’s claim for recognition and for rights to negotiate on pay, hours and holidays with Deliveroo."

A statement from Deliveroo said:

"The flexibility that self-employment provides is vital to riders as it allows them to work where and when they want and to work for multiple companies during the same hour. Riders make on average £9.50 an hour with Deliveroo alone, well above the National Living Wage.

"85 percent of Deliveroo riders say that flexibility is what they value most about working with the company, and 75 percent of riders work with Deliveroo alongside another job or studies.

"This is a victory for all riders who have continuously told us that flexibility is what they value most about working with Deliveroo.

"As set out in our submission to the Government’s Taylor Review, we want employment law to be changed so we can provide more security to our riders – such as offering injury pay and sick pay – whilst maintaining the flexibility they value.

"We want to work with Government to update legislation and end the trade off between flexibility and security."