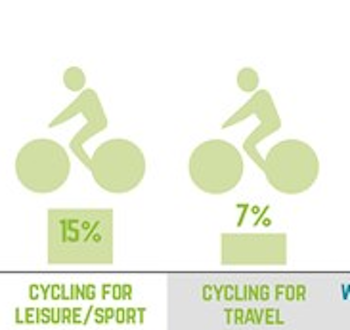 Survey reveals number of leisure cyclists is twice that of commuters

The "Active Lives" survey was compiled for Sport England. 200,000 people completed the first round of the survey between November 2015 and November 2016, making it what Sport England claims is the "biggest and most comprehensive survey of its kind and an important source of detailed and reliable information about what people do and enjoy."

The survey also reveals that cycling is twice as popular with men – for both leisure and transport – compared to women.

Active Lives points out that English people don’t currently do enough exercise of any sort, with many adults not doing at leasr 30 minutes of moderate physical activity per week.