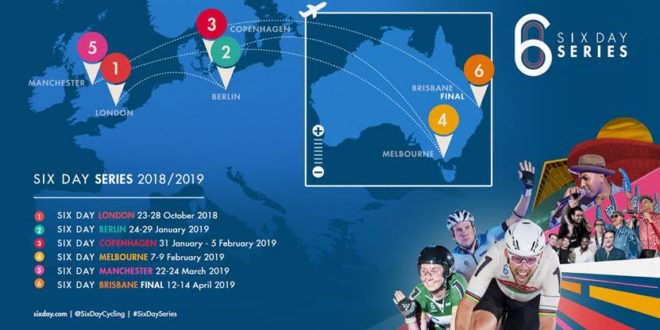 Six Day series rolls out down under

London will once again host the first event of the cycling series in October this year before moving on to the 108th edition of Six Day Berlin and Copenhagen in January and February 2018. The world’s best track cyclists will then be enticed to Melbourne in February as the Series ventures out of Europe for the first time before returning to the UK and Manchester in March and turning full circle to Australia for Brisbane for the finale in April 2019.

Sis Day is organised by Madison Sport Group. CEO James Durbin said: “We are thrilled to be able to further grow what we believe to be the world’s most breath-taking and unique brand of cycling. To be able to bring the Six Day Series to Melbourne, Brisbane and Manchester is a great opportunity."

He added: “Australia has some of the best track cyclists in the world and are renowned for hosting some of the most exciting and well-supported sporting events and we believe the Six Day Series will be a perfect fit."

Already confirmed for this year’s event is Mark Cavendish, who returns for his third Six Day London event. 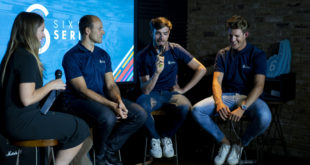