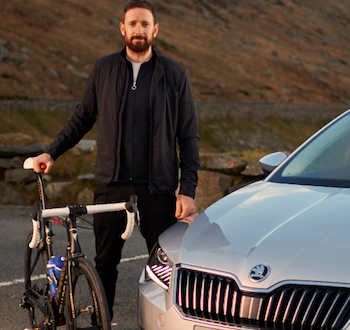 Czech car company Škoda has signed a three-year promotional deal with Sir Bradley Wiggins. Britain’s most decorated Olympian will appear in Škoda’s new UK brand campaign, which will be launched across TV, online, print and cinema in early February.

Like 60+ car companies Škoda started life as a bicycle company. The company was founded in 1895.

"Since then the brand‘s passion for two wheels has never wavered," said a statement from the firm.

"Today Škoda supports the sport through multiple event sponsorships including the Tour de France, Tour of Britain, The Women’s Tour, and as vehicle partner to RideLondon."

Škoda is part of the Volkswagen group.