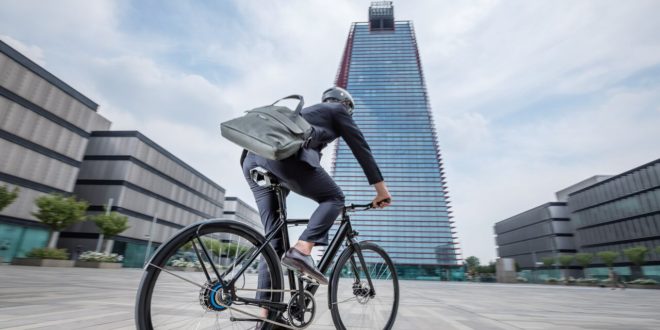 The eZone, which launched last October, is the first saddle specifically designed for modern urban, leisure, touring and off-road e-bikes. The saddle is the result of a study of e-bike users, which Selle Royal conducted in collaboration with designers at Designworks, the BMW Group subsidiary.

In its verdict, the Design & Innovation Awards described the saddle as, “a major player for the e-bike market.” Suitable for multiple styles of riding, the DI.A said that, “the design lends itself to safety during accelerations and allows the rider more control over the bike.”

The research conducted by the brand found that the speed and thrust generated by an e-bike motor requires a specific shape to secure the rider’s position and ensure safety. eZone’s designers claim that any sudden forward movement produces a wave-effect, which requires performance zones to address acceleration, sitting comfort and handling. When designing the e-bike-specific saddle design, Selle Royal raised the rear portion of the saddle and added wings with which the rider can “steer and adapt thrust with precision.”

Selle Royal’s marketing manager Lara Cunico said: “The eZone took two years to bring to life, so we are happy to receive this accolade from the Design & Innovation Awards – one of the most prestigious awards in the cycling industry, and hopefully one of more to come. At Selle Royal, we always strive to innovate and bring something new and necessary to the table. With the e-bike sector growing so rapidly, brands need to embrace and provide the new market.”