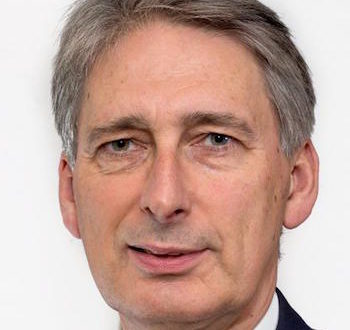 The Chancellor of the Exchequer has urged the Mayor of London to rip out the new and iconic protected Cycle Superhighway beside the Houses of Parliament, it has been claimed this evening. BikeBiz understands that Sadiq Khan refused Philip Hammond’s offer of cash to carry out the decommissioning of the East–West Cycle Superhighway.

This curb-protected cycleways runs along the Embankment and through Westminster. It’s well known that many high-profile peers and MPs have been lobbying to have the cycleway removed. In fact, when he was Mayor Boris Johnson was regularly harangued by Tory colleagues angry at the building of the cycleway in front of parliament.

The claims about the cash-for-cycleway-decommissioning were made by Cllr Julian Bell at this evening’s "Cycling Cities" event in London. Cllr Bell is Chair of London Councils’ Transport and Environment Committee.

Ironically, the event was to promote a Dutch history book on cycling provision in a number of European cities. Co-author Ruth Oldenziel, a Dutch historian of technology, was invited to speak by London Travel Watch.

“Cycling Cities: The European Experience” – reviewed on BikeBiz earlier – relates how cities such as Amsterdam manage to keep their streets moving by catering to people on bikes. The book stresses that political will is a key requirement, either by being favourable to cycling or preferring automobility: historically, were cyclists considered as “pests who hindered the pace of motorists and annoyed pedestrians, or were they first-class citizens, who belonged on the streets and had equal rights?” If Cllr Bell’s explosive claims are true it’s evident that the political will to back cycling is missing from Theresa May’s government.

Hammond is a former Secretary of State for Transport, and has a known dislike for cycling. When he was first put in charge of transport he asked his officials why cycling was in his Department – he believed that cycling was trivial and said that cycling ought be in another department, such as Health or Sport. On his first day in office in 2010 Hammond decared to transport correspondents: "We will end the war on motorists. Hammond was also one of the key ministers in charge of the 2012 "bonfire of the quangos" which saw the abolition of Cycling England, and other bodies.