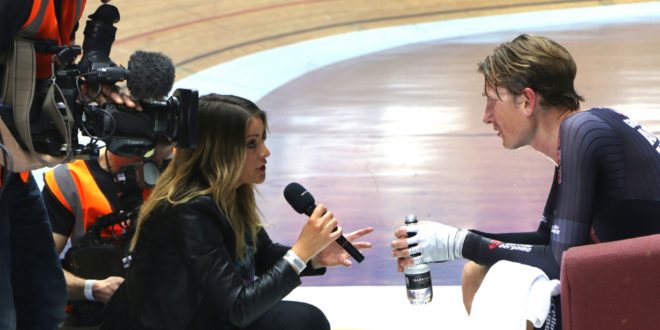 The first trade shows of the year have passed, and we’re now turning our sights to the London Bike Show and the BikeBiz Awards.

Along with a change of venue for 2018, we’re happy to confirm that broadcaster, writer and cycling commentator Rebecca Charlton will present the awards to the deserving winners on the night.

A household name in the cycling world, Charlton is probably best known for her presenting and commentating work for the likes of ITV, Eurosport and the Bike Channel. Charlton is also well known for her writing talent, having contributed to a number of major magazines and authored two books.

“We’re so excited to have Rebecca on board,” commented BikeBiz editor Hayley E. Ferguson. “Her talent for presenting captivated the audience at the 2017 Cycling Media Awards; we have no doubt that she’ll entertain the crowds at the tenth anniversary of the BikeBiz Awards.”

The 2018 BikeBiz Awards will take place on Friday, February 23 at The Bridge, Excel London, in partnership with the London Bike Show. Tickets for the event are available now from the event’s website here.