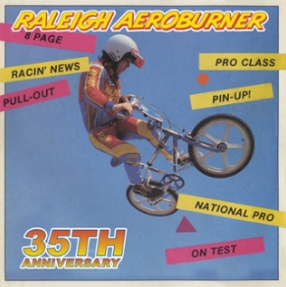 Raleigh has announced that it will release a very limited edition version of the classic Burner.

The Team Aero Pro edition will be revived for the 35th anniversary of its inception for an extremely limited run of 350 units.

A pre-registration is now available to receive early updates on release dates and how to order from here.

Raleigh said: “It’s safe to say the Raleigh Burner is one of the most iconic bikes to hit the market. To celebrate the 35th anniversary of the Raleigh Burner, we’re remaking 350 limited edition Team Aero Pro Burners.

“These bikes will as close as possible to the original, using a TANGE made frame & forks just like the original, along with SKYWAY Tuff2’s and much more period correct components.”