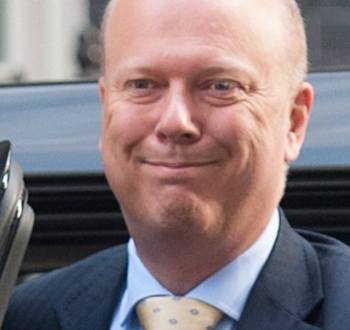 Reading between the lines it appears that cycling minister Andrew Jones and transport secretary Chris Grayling do not support the building of any more protected cycleways beside busy roads. This can be gleaned from a lightly coded message included in a letter meant for public consumption.

Jones wrote to cycling blog The Jersey Pocket which had set up a cut-and-paste letter to Chris Grayling after the transport secretary appeared not to include cyclists as "road users" in an interview with the Evening Standard.

Grayling said: “I don’t think all the cycle lanes in London have been designed as well as they should have been. There are places where they perhaps cause too much of a problem for road users …"

This was taken by many to mean London’s kerb-protected Cycle Superhighways were proving to be inconvenient to motorists.

Writing to The Jersey Pocket (which provided a direct email to the secretary of state following a letter from TV commentator Ned Boulting), cycling minister Jones bigged up the forthcoming Cycle and Walking Investment Strategy (CWIS), but appeared to pour cold water on it, too:

"The Secretary of States wishes to ensure the all transport infrastructure is well designed and properly integrated. He shares the concerns of several respondents to last year’s consultation exercise on the draft Strategy, namely that poorly designed cycle facilities can create difficulties for all road users, and that it is important that local highway authorities balance the needs of all road users when considering how to design and manage their road networks."

De-coding this paragraph it’s possible, maybe even probable, that the "several respondents" to the draft CWIS strategy are pro-motoring organisations seeking to prevent the building of any more Cycle Superhighways in London.

"Poorly designed cycle facilities" could be code for "protected cycleways take space away from motor vehicles." Why? Today’s "crap cycle lanes" don’t impinge on motorists at all because they are usually off-carriageway or consist of little except a splash of paint, but Cycle Superhighways are well engineered and – when done well – usually take space away from cars, vans and trucks.

"It is important that local highway authorities balance the needs of all road users" may seem to imply that "all road users" should be considered by local authorities and that cyclists therefore have equal right to have space set aside for them, but this flies in the face of the sentiments expressed elsewhere in the letter.

At the start of the letter Jones showed his historical ignorance when he said "this Government, more than any beforehand, wants to see an increase in cycling and walking and to ensure our roads are safe for all users, including cyclists."

This smacks a little of David Cameron’s "greenest Government ever" quote, and is demonstrably false (which is getting to be a bit of thing at the moment).

Perhaps the best indication of the current administation’s thinking on cycling is the new "industrial strategy" unveiled yesterday by the prime minister. The green paper accompanying the announcement mentioned "transport" 46 times, but "cycling" and "walking" not once. The icon for transport on the document is a motorway bridge.