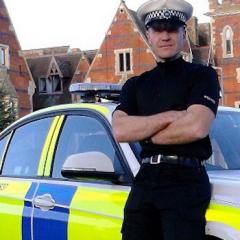 The number of cyclists killed or seriously injured on the roads of the West Midlands has dropped by 20 percent since the regional police force last year launched an operation targetting so-called "close-pass" drivers.

Motorists who overtook cyclists too closely can “expect prosecution, not education,” said a strongly-worded statement issued by the West Midlands Police Traffic Unit. The statement added that it was motorists mostly at fault in road crashes involving cyclists and said the force has a "zero tolerance approach for any offence involving a vulnerable road user."

The West Midlands Police Traffic Unit started its close-pass operation last September and, after a year of measuring the results, the force has issued a press release revealing a huge increase in road safety for the region’s cyclists.

Close-pass motorists are caught by police pedalling in plain clothes on busy roads, and the concept was soon adopted by other police forces around the country.

Almost 200 offenders have been pulled over during close-pass operations, said the press release. Thirteen of these drivers were prosecuted and around 350 others fined and given licence points after officers reviewed helmet- and dash-cam footage.

PC Mark Hodson, from West Midlands Police’s Force Traffic Unit, believes the close pass patrols have helped contribute to the reduction and is saving lives. He said: “I am in no doubt the operation has played a big part in that reduction. To see a fall of 20 per cent in the number of serious collisions involving cyclists is incredible.

He added: “We’ve seen reports of close-passes halve in the West Midlands since we started the project and it’s great that so many other regions are looking to adopt the approach."

Last year the West Midlands Police Traffic Unit predicted its work would lead to a "change in driver behaviour" especially once "awareness of the tactic spreads."

At the time the police force said "analysis of collisions shows that in …[crashes on the road involving cars and bicycles] the blame would lie solely with the driver not the cyclist."

The statement was issued via the force’s traffic blog, and added: "Once drivers become aware that an infringement involving a cyclist is one they should expect to be prosecuted for they suddenly become more aware of [cyclists] on the road."

The only way to change driver behaviour is "through enforcement, and the resulting fear of being prosecuted," said the force.

It would be a waste of police time to "concentrate on cyclist behaviour," said the statement, because cyclists are "innocent in the majority of collisions."

Cyclists are not "killing nearly 100 people on our regions’ roads as mechanically propelled vehicles currently do," continued the force’s blog.

Pavement cycling might be a nuisance to some but is not, said the police blog, a "priority for a force like our own in a modern day society."

20% reduction…it’s us that need to thank you, and try to get the rest of the county following your -evidence proven- example https://t.co/1ymrJWtjiJ

In the force’s current press release Duncan Dollimore of Cycling UK said: “[We] knew West Midlands Police were on to a winner when they rolled out their “Give Space, be Safe" campain, and that’s why we backed it from the start.

Share
Previous bikebiz heads to the Sportline show
Next More at stake when it’s a fake, warn police in new consumer campaign