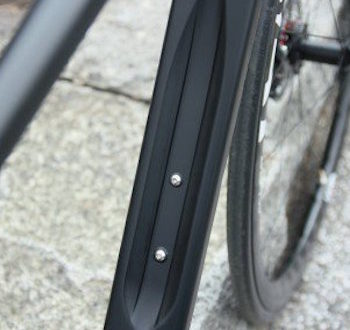 Pinarello has used a patented design without permission and won’t respond to legal letters, claims Victor Major, a Belgium-based composites expert. The CEO of Velocite Tech – which moved from Taiwan to the Flanders Bike Valley HQ last year – said Pinarello has used his concave downtube design on the existing Bolide TT frame and on the Dogma F10 frame released earlier today.

"I initially alerted you to this issue in May 2016 once I observed our design and associated aerodynamic performance claim on the Bolide TT bike, only to be met with complete silence until July when three members of your engineering team checked out my LinkedIn profile for some reason," continued Major.

Major adds that he instructed a law firm to write to Pinarello in July 2016.

"Your law firm replied on the 4th of August and stated that owing to the long August holidays in Italy that you will be able to reply to us “no earlier than mid of September 2016.” Well it is now January 10th 2017 and there is still no response to our concerns. Instead today you released your second model that uses our intellectual property, the new Pinarello Dogma F10," said Major.

He told Pinarello that "use of our intellectual property is deliberate. You know it belongs to us. You were notified. You chose not to engage with us."