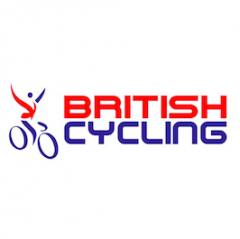 British Cycling has called on Britain not to miss “a huge opportunity to change the future of our country,” as the governing body publishes its 2017 Annual Report.

Writing in the report, the organisation’s chair Jonathan Browning said: “We are ambitious about the contribution we can make to our sport and wider society. More people cycling will make our towns and cities better places to live, reduce congestion and ease the obesity crisis.

“Discovering or rediscovering the simple pleasure of riding a bike can help with mental as well as physical health and our growing network of clubs and volunteers are working to build a sport which is increasingly inclusive and diverse.”

To coincide with the release of the report, research commissioned by YouGov on behalf of British Cycling highlighted that 37 per cent of parents aren’t currently prepared to let their children cycle to school. Chief executive Julie Harrington says: “Ultimately it is about deciding what society we want our children, and their children, to grow up in. As a parent myself, I can understand why mums and dads would not want their kids to cycle to school. Cycling is a really safe way to get around but, if we want more people to cycle across the board, then we need people to trust that it is safe.”

The survey highlighted that a lack of cycling infrastructure was one of the key barriers preventing parents from allowing their children to cycle and Harrington continues: “This is not just better infrastructure on the roads but investment in traffic-free facilities – such as closed road circuits – which are not only vital to racing, but also hugely important in allowing people who are new to cycling to learn the skills they need in order to feel comfortable riding on the roads.

“We need a government that is prepared to prioritise cycling as a proper form of transport. We have a huge opportunity to change the future of our country. It is vital that we do not miss it.”

The last 12 months also saw the publication of the Cycling Independent Review, the conclusion of UK Anti-doping’s investigation into British Cycling and Team Sky and the implementation of a 39 point action plan by British Cycling with the ambition of transforming the organisation into a world-class governing body.