Look Cycle has announced the latest addition to its range of road bikes – the new 765 Optimum.…

Strava has announced the release of the 2022 edition of its Year In Sport data report, revealing glo…

Schwalbe has collected 20,000 used tyres from a cellar in Freising. For 23 years, Ingo Ruhland colle…

Iconic: BikeBiz visits Bristol’s Mud Dock to hear how it’s changed over the past three decades
07/12/2022

Founded in 1994, Mud Dock in Bristol stands out as one of the city’s most memorable destinations, fo…

Bic vs Kryptonite to be case-study in PR textbook

'Cases in Public Relations Management' will be published in the US by McGraw-Hill Publishing and is to feature the online brand mauling suffered by the Kryptonite Corp in Autumn 2004.

END_OF_DOCUMENT_TOKEN_TO_BE_REPLACED

Non-IBD sales channels are usually guilty of deep discounting of bicycles so it's odd to find out about Wirral Trading Standards legal action against Bid-Up.tv. In March, a district judge will hear claims that Bid-up.tv - available on Freeview and satellite channels - added £100+ the 'guide prices' of three bicycles before starting TV 'auctions'. Bid-up.tv denies the claims.

END_OF_DOCUMENT_TOKEN_TO_BE_REPLACED

The US Consumer Product Safety Commission in cooperation with Norco Products Ltd., of British Columbia, Canada has announced voluntary recalls of Adams Trail-a-Bikes and Adams Slipstream Bicycle Attachments. It's a biggie: all product is being recalled from January 1996 to October 2004.

END_OF_DOCUMENT_TOKEN_TO_BE_REPLACED

The third Velo Mondial Conference will take place in Cape Town, South Africa in March 2006. Applications are being sought for the fourth conference, to be staged in 2012. The bid is open to all cities to participate, but preference will be given to cities in Asia, Australia or South America. Velo Mondial is an organisation which promotes the use of the bicycle and is run by two executive directors, based in London and Amsterdam, with assistance from a worldwide advisory board.

END_OF_DOCUMENT_TOKEN_TO_BE_REPLACED

Got an iPod? Use these bagged speakers on your bike

Don't try this at home, kids. "If you like your media on the go but don't like the shut-the-world-out feeling of wearing earphones, Sakar International's new family of Sound Cases will be music to your ears." But perhaps not the ears of passers-by as you pedal along blasting out your fave i-tunes... The Bicycle Sound Case works with other MP3 players as well as CD players. 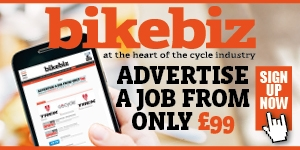