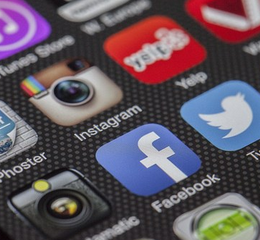 We live in a digital age. Now more than ever, marketing yourself correctly and cultivating a strong brand image are just as essential as physically selling the product range you work so hard to curate. This is true for almost every business on earth, but especially for the bicycle trade that, for all its passion and dedication, has been known to fall behind in certain areas.

I know what you’re thinking; the budget is tight, you work hard to keep your customers happy and you have no expendable cash to invest in getting your name out there online, but in 2017, literally all of the tools you need to set yourself up with a social media presence are in the palm of your hands. The average smartphone will have a surprisingly high-quality video and photo camera, a half decent word processor and an app store filled with a plethora of different app platforms from Facebook and Twitter, to Snapchat, Youtube and Instagram – all of which your customers are on and all of which have the power to grab their attention when you have something to say.

Pretty much all market analysts are shouting about video as being the next big thing and in fact, it is the big thing now. The public will devour pretty much any video content that they deem to be entertaining or informative and this can be a massive advantage to your business. A good example of this is the New York City-based retailer NYCeWheels, which puts a lot of time and dedication into making informative videos that show off whatever interesting items are in stock that week. A quick Youtube search for a simple term such as “Brompton Bike” will show the store’s channel as one of the first results. The video itself is simply a store employee discussing the various aspects of the bike, yet it’s still managed to accrue a viewership of over 330,000 individuals. There is no reason why you can’t gain that kind of attention with relatively minimal time and effort.

It takes literally ten seconds to update your audience on what’s going on with the shop – they stay in the loop and you stay in the forefront of their minds; win-win.

It takes about five minutes to set up a YouTube channel and another ten to film a short video about any exciting news or opinions you have. Had a new delivery of bikes? Video the unboxing and tell your customers about it. A customer has come in with an unusual repair? Video it and tell people how to avoid similar mistakes. You could even make simple how-to videos. If 15 minutes is just too much time to take out of your day, this is where Snapchat comes in. It’s a temporary storage platform so people won’t expect professional production quality, and instead of ten minutes, it takes literally ten seconds to update your audience on what’s going on with the shop – they stay in the loop and you stay in the forefront of their minds; win-win.

Of course, video isn’t everything. Facebook is still the largest social media platform in the world with two-billion active users. To put that into context, that equates to nearly 30 per cent of the current population of earth and that number is only set to rise. If you aren’t already on the site, you’re losing out on a massive amount of attention and if you’re not using it every day, you’re underestimating its power. Twitter may not have the people power of Facebook, but with a staggering 328 million active members, you can bet that a good portion of your community will be using the site on a regular basis. An added benefit of Twitter is that whereas posting on Facebook every hour may be considered a digital faux pas, Twitter is designed to be utilised whenever a thought occurs, meaning your audience won’t be turned off by quick-fire posting – within reason.

The most up-and-coming app currently being used by businesses is photo blogging platform Instagram. The app is a mobile-only system that focuses far more on cultivating communities around your images than spreading them far and wide. In this sense, it’s less of a way to attract new business, and more of a way to stay in touch with your existing audience. The photo sharing system utilises the existing camera on your smart phone, and features a host of easy-to-navigate editing software to make your products look good, even in low light. As previously mentioned, very few businesses have truly realised the potential in expanding their presence on Instagram, but you can be sure that as its user base grows, so will industry presence.