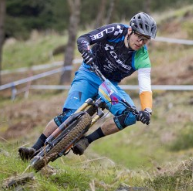 International performance base layer and sports apparel brand Odlo has been announced as the title sponsor for the 2017 Glentress 11 Trail Run and Seven endurance mountain bike race taking place on May 26th and 27th, 2017.

Odlo joined forces with TweedLove to support the launch of the first annual TweedLove trail run and continue the growth of the MTB trail event – the Glentress Seven.

Conceived in 2010, the Glentress Seven quickly became TweedLove’s flagship endurance mountain bike event. It has since established itself as on of the UK’s premier MTB events. With solo entries selling out in record time, the seventh year of the seven-hour race looks set to be a success.

“With so many cyclists also keen runners, the idea emerged to open the legendary course to runners on the evening before the Glentress Seven,” said TweedLove director Neil Dalgleish.

Odlo’s UK country manager Phillip Weston added: “We are delighted to be the sponsor of such a unique event which brings people together who have a shared passion for performance sports. The event reaches such a wide variety of cyclists and runners it’s a great fit for the Odlo brand and our innovative product offering.”