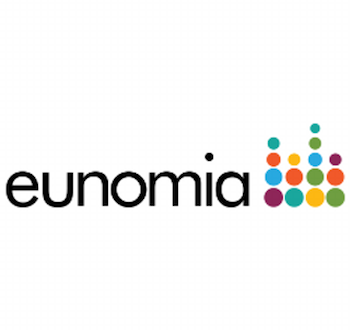 A new air-qaulity model shows that 13,000 lives would be saved and there would be a £9bn boost to the economy if, over ten years, more people got out of cars and started walking and cycling instead.

The model has been created by Sustrans in partnership with environmental consultancy Eunomia. The model – said to be the "first of its kind" – aims to support local authorities in making the case for investment in boosting walking and cycling and estimates the contribution of active travel in reducing levels of particulate matter and nitrogen dioxide – and the subsequent benefits to public health.

It found that if targets to double journeys by bike and increase walking by 300 stages per person in the England’s Cycling and Walking Investment Strategy were met, this would prevent more than 8300 premature deaths from air pollution and result in £5.67 n in benefits to the public purse over ten years – through the avoided costs associated with poor air quality, including NHS treatment in hospital for respiratory diseases.

And if the vision of 10 percent of everyday journeys by bike set out in Scotland’s Cycling Action Plan was realised, nearly 4000 premature deaths would be avoided and £3.64 bn of savings would accrue over a decade.

The gains would be even bigger if wider benefits to health and wellbeing from increased physical activity were included.

Ann Ballinger, lead modeller and air quality expert at Eunomia, said: “This is the first time that Sustrans’ data has been used alongside public health data to understand what impacts walking and cycling schemes have on an individual’s exposure to air pollution.

“Our analysis suggests investment in cycling and walking has considerable potential to improve local air pollution. We believe this innovative model could be of considerable value in supporting local authorities and government as these bodies consider options to tackle the air pollution emergency at a local level.”

Sustrans CEO Xavier Brice said: “At a time when road transport is responsible for the majority of air quality limit breaches in the UK, it has never been more important to reduce the number of motorised vehicles on our roads.

“The new findings reiterate that walking and cycling has a huge role to play in tackling the air quality crisis that causes tens of thousands of premature deaths every year. If we are to make a major modal shift, we need to provide a network of direct protected cycle routes on roads in addition to quieter routes across the UK.

“We’re urging governments at all levels to include funding for walking and cycling infrastructure in their Clean Air Plans and the UK Government to prioritise investment in active travel as part of wider urgent action to make air safe again.”

Twenty-nine local authorities in England that are breaking legal air quality limits are to produce Clean Air Plans by November 2018, whilst the devolved nations are trialling a number of different plans to improve air quality. The Scottish Government, for instance, is proposing to introduce Low Emission Zones in four cities by 2020 and air quality management areas (AQMAs) by 2023 across the country.