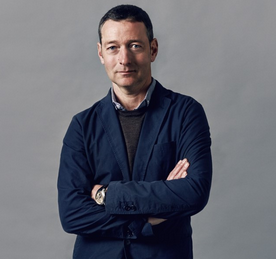 The Spin Cycling Festival has announced that Ned Boulting will act as host for the highly anticipated question and answer session with cycling personality Chris Boardman.

As the face of ITV’s Tour De France coverage since 2003, the Tour of Britain, and the Vuelta a España, Boulting has a unique position within the cycling world as respected reporter, presenter, and writer.

Recently, Boulting made headlines for hosting the annual BikeBiz Awards, which took place at the site of the London Bike Show earlier in the year. Boulting presented awards and discussed his long career in the trade to a crowd of the industry’s most prestigious brands and various independent bike dealers.

He will be joining the Summit speaker programme, hosting the Q&A with Olympia medallist and cycling campaigner Chris Boardman.

It was also revealed recently that Spin would undergo an image change for this year. The event has chosen a progressive design alluding to bike frames, spinning wheels and a ‘festival vibe’ created by London design agency Collaborate.