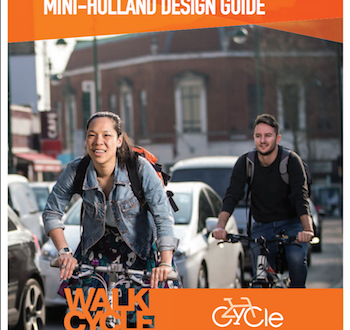 The 68-page cycle infrastructure guide – which will prove useful around the UK – points out that there are no plaques or other commemorations of Starley in his home borough, and stresses that it’s necessary to "raise the profile of this great innovator."

Bicycle industry figures from around the world have previously heaped praise on Walthamstow’s forgotten son. Italian bicycle manufacturer Ernesto Colnago said: "All modern-day bicycle designers owe a huge debt to J. K. Starley and his vision. Starley’s stroke of genius is an inspiration to us.”

“The worldwide accessibility and popularity of cycling is due, in large part, to the work of J. K. Starley in the late 19th Century. His Rover Safety revolutionised not just the bicycle but the world. The billions of bicycles made since 1885 can trace their ancestry back to that original ground-breaking machine."

"It amazes me that this wonderful fusion of technology and simplicity essentially reached its modern form [so many] years ago," added Cycling UK’s Roger Geffen. "Yet Starley’s invention still offers a solution for the sustainable future of our civilization.”

Copenhagenize Consulting CEO Mikael Colville-Andersen said: “I cannot think of any other invention in human history that has had such a major impact on such a broad spectrum of human beings than J.K. Starley’s bicycle design. A truly visionary, society-changing invention and design is one that can simply not be improved."

American Gary Fisher, one of the founding fathers of mountain biking, said of Starley’s innovation: "Moving the people in a big way: scope, plan and pulling it off! Big stuff.”