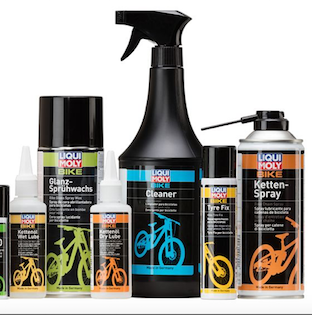 Liqui Moly expands partnership with Magura in the UK

Car and motorbike lubricant brand Liqui Moly has announced that it will continue its partnership with Magura to release a range of bicycle lubricants into the UK market.

Liqui Moly has confirmed that due to the positive reactions to its bicycle range, it is now expanding its sales cooperation with Magura, which began last year. It is now handing over sales in the sector exclusively to the bicycle specialist – from whom all Liqui Moly products can now be purchased.

"All Liqui Moly items can now be bought via the Magura webshop and we are proud that we have been able to expand the cooperative partnership even further since last year, from which ultimately our specialist retailers will also benefit," explains Magura CEO Martina Class.