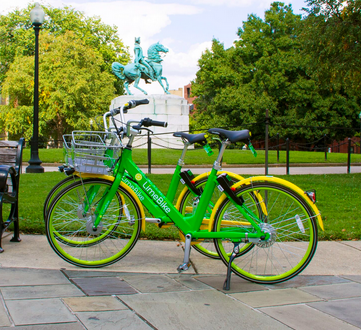 Limebike and Ofo increase dockless presence in rural US

Montgomery County’s agreement with Dockless Bikeshare companies is part of a demonstration project to test the concept tht may see European firms spreading across the Atlantic, as dockless schemes increase in popularity. Similar companies such as Urbo, Obike and Mobike have launched initiatives to increase the amount of dockless bikes on British streets in recent months.

Unlike the Capital Bikeshare system currently available in the area that requires fixed bike docking stations, Mobike users pick up, ride and then park a bike wherever is convenient for them.

Each bike is equipped with built-in GPS and smart-lock technology that allows the user to unlock it via a QR code. Riders download the Mobike app to register, locate a nearby bike via the app and GPS, unlock it, park it in a legal area at their destination, and lock it for the next user.