Owner of Bike Dock in Belfast argues that cycle helmets save lives but making them compulsory would halve levels of cycling.

It’s unlikely that Northern Ireland’s Cyclists (Protective Headgear) Bill will make it into law. The bill was passed to the Environment Committee but is likely to be shelved. At Westminster, a private members’ bill aimed at forcing children to wear helmets for cycling (but not skate-boarding, roller-skating, or tree climbing) is also likely to fall flat on its (unprotected) face.

Part of the reason that a helmet compulsion law has not yet succeeded in the UK is because of opposition from cycle groups such as CTC and Sustrans. Many cycle retailers – who would clearly benefit from the enforced sale of helmets – are also opposed to such laws, claiming that any lives saved by compulsory wearing of helmets would be massively wiped out by a drop in cycling levels: less people cycling would be a net health loss to the nation, and a net loss to the bike trade. Retailers might sell more helmets in the short-term, but in the long-term they’d sell less bikes.

Derek Armstrong, owner of Bike Dock in Belfast, met with the Environment Committee of the Stormont Assembly. He today told the Belfast Telegraph: "Yes, helmets save lives. Yes, everyone should wear them, and we constantly recommend them to cyclists; but if you make it a criminal offence to go out on your bike without one, then you’ll halve the number of cyclists in this town at a stroke." 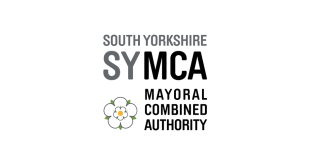