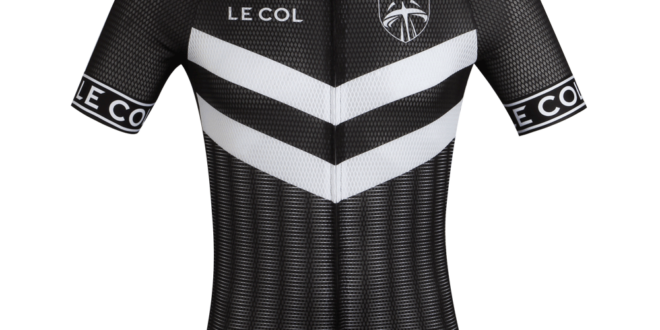 Cycling apparel brand Le Col has launched an all-new jersey from The Tour to the general public.

Following the release of the Le Col recycled Leaders’ Jersey for The Tour’s events, the brand is now launching an official supporters’ Tour jersey featuring 100 per cent recycled fabric.

The jersey, based on Le Col’s SS18’s Pro Air range, will be available for men, women and unisex respectively, and will come in either black with white strips or blue with red and white stripes.

Like all of Le Col’s range, The Tour jersey will be constructed at its factory in Treviso, Italy.