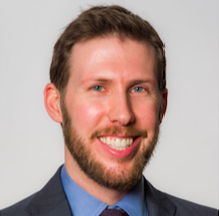 Oliver Jeffcott – a solicitor from BL Claims Solicitors – has responded to the government’s plans to increase the small claims limit to £5,000, but only for RTA-related personal injury claims.

Mr Jeffcott ­– who specialises in representing cyclists involved in RTAs – argues that the new legislation will create two tiers of justice.

"The changes, which are said to be implemented on 1 October 2018, will mean that cyclists will be unable to rely on solicitors to represent them where their injuries (not including financial losses) are worth less than £5,000.

"This could be a nasty injury – such as a fractured collar bone, which leads someone to be off work for several months. Injured cyclists will then be expected to bring cases themselves or through claims management companies who currently run PPI or travel delay cases. This is likely to lead to significant access to justice issues.

"No indication has been given as to how the government proposes to deal with the risk of personal injury becoming subject to the nuisance calls currently made by the companies who reclaim PPI. It has been widely anticipated that this will lead to a rise in the number of claim management companies that will likely enter the market in droves to fill the vacuum left by law firms.

"Under the new scheme, if someone suffers a soft tissue injury for six months in an accident at work, they would receive £2,150 for their injury; someone suffering the same injury in a road traffic incident would receive £450 for their injury. In addition, the person injured in a road traffic incident will not have the same access to a legal representative.

"Creating two tiers of justice depending on the mechanics of an injury is simply unfair – particularly given that the sole purpose of the changes is for a slight reduction in motor insurance premiums. It is also questionable as to whether the savings will actually be passed on to motorists."