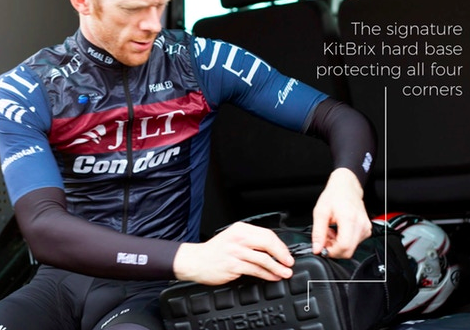 The project has now received over £16,854 from 122 backers in just six hours, meaning the brand exceeded its target at 168 per cent funding.

The brand, which was started in the UK by founder Robert Aldous, is releasing the new V2 backpack to any customers that pledged £100 or more to the campaign.

Aldous told bikebiz: "The campaign for the CityBrix has gone extremely well and to be funded within six hours was incredible. We have worked very hard to understand the real needs of the active commuter and tried to integrate features in to the new version rucksack that will save people time, energy and improve their health and fitness routine.

"We now have the opportunity to increase our targets and give extra incentives to those who have already invested in us to ensure it is as rewarding as possible
to support and invest in us."

The CityBrix V2 is the new and enhanced version of the original CityBrix modular rucksack, used by thousands of athletes, including Ed Clancy OBE, the triple Olympic Champion.

The Kickstarter will run for a further 19 days, with various rewards on offer. It can be found here.