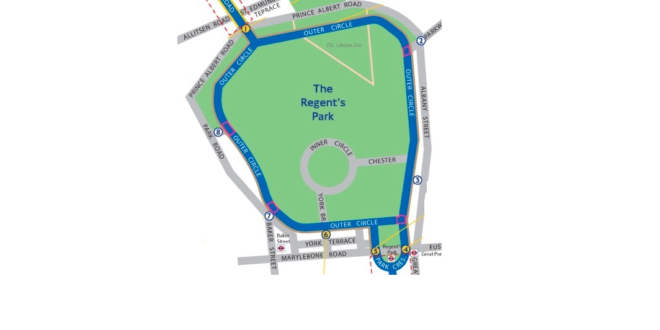 Westminster City Council and Crown Estates Paving Commission have both written to London Cycling Campaign to confirm that they will not oppose closing four Regent’s Park gates to through motor traffic as part of Cycle Superhighway 11 proposals.

Months of behind-the-scenes negotiation and campaigning from London Cycling Campaign and other organisations has ended the deadlock, clearing the way for CS11 to finally be implemented.

In an email to LCC’s CEO, councillor Danny Chalkley, cabinet member for City Highways at Westminster Council, confirmed: “Westminster has no decision making role in relation to Regents Park… Westminster are not in a position to prevent any schemes or gate closures.”

This follows a recent email from CEPC saying it is “happy to support” closing four gates of the park to through-motor traffic.

Upon hearing the news, a spokesperson for the Mayor told LCC: “We are very keen to proceed with the plans as quickly as possible. We will be immediately asking for confirmation and for the highway permissions to proceed with construction.”

LCC CEO Ashok Sinha said: “It is great news that all obstacles to the roll out of CS11 have now been cleared. Implementation of this vital new cycling route will enable many more people to cycle safely and in comfort in and out of the centre of London. It will also make Regent’s Park a safer, less polluted and more enjoyable place for everyone to visit, whether on foot or by cycle. We urge TfL and all other stakeholders to now press forward together as quickly as possible to get CS11 into construction.”

Cycle Superhighway 11 is set to run from Swiss Cottage to the West End – right through Regent’s Park. The proposals to close four of the gates around the park from 11am – 3pm, first consulted on by TfL two years ago, will drastically cut the volume of motor traffic through the park, benefiting all park users and making CS11 a viable Cycle Superhighway.