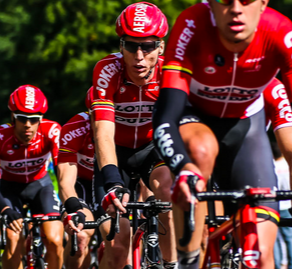 The OVO Energy Tour of Britain will be broadcast live this September as ITV4 is set to screen all eight stages from start to finish for the first time.

OVO Energy Managing Director Chris Houghton said: "We’re proud to be the title sponsor of the country’s largest free-to-watch sporting event, the Tour of Britain. This year, fans won’t miss a pedal stroke – with extended live television coverage of up to six hours each day across all eight stages of the race. Those tuning in will witness the most exciting Tour yet."

In addition to the live coverage, ITV4 will also screen a nightly magazine show bringing a wrap-up of the best of the action from each day’s stage. ITV4 will be celebrating broadcasting ten years of the OVO Energy Tour of Britain in 2017, having shown daily highlights each September since 2008, and live coverage of each stage since the 2012 race.

Commenting on the announcement commercial director of race organisers SweetSpot Alastair Grant said: "It is fantastic news that for the first time viewers on ITV4 will be able to watch every second of the OVO Energy Tour of Britain live, from our start in the heart of Edinburgh to the Cardiff finish, we look forward to providing viewers nationwide with a showcase of the best Britain has to offer this September.

“We are also delighted on behalf of our partners and regional stakeholders thanks to the greatly increased promotional platform that this extended live coverage will deliver, with over 15-hours more coverage.”

A provisional rider list featuring all 120-riders for the OVO Energy Tour of Britain will be published towards the end of August.