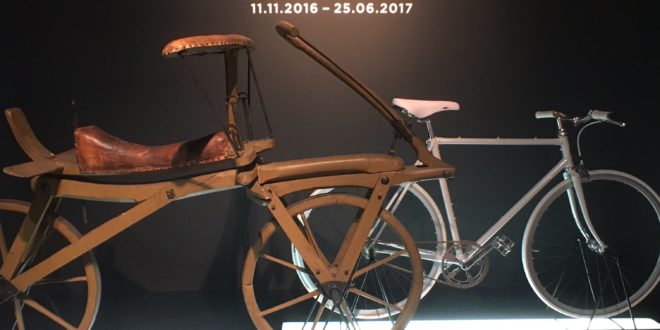 The 200th anniversary of the bicycle is celebrated at this year’s International Cycling History Conference – and the industry gets a look-in, too. The conference is being staged in Mannheim, Germany, where in 1817 Baron von Drais invented the laufmachine, or running machine, precursor to the modern bicycle.

BikeBiz is attending the event, hosted in Mannheim’s Technoseum. Talks today have included a refresher on Baron von Drais by Drais-expert Professor Hans Erhard Lessing. There was also a talk on George Wilson, chairman of the TI Raleigh Group in the 1950s and 1960s by Raleigh-expert Tony Hadland, and a break-out session on the 300+ bicycle businesses that amassed in Saint Etienne, France, between the 1920s and the early 1970s.

The Technoseum has been staging a bicycle exhibition since the end of last year, at which there are some early Drais machines as well as bikes and artefacts from the present day.

There’s also an early 20th century bike-shop display which features an image of St. Mary’s Motors & Cycles of Market Harborough, which has been trading as a cycle shop since 1897 and is now the George Halls Cycle Centre.

The first International Cycling History Conference was held in Glasgow in 1990, and is staged annually. The event provides historians of the sport and the technology a forum to exchange their findings and ideas.