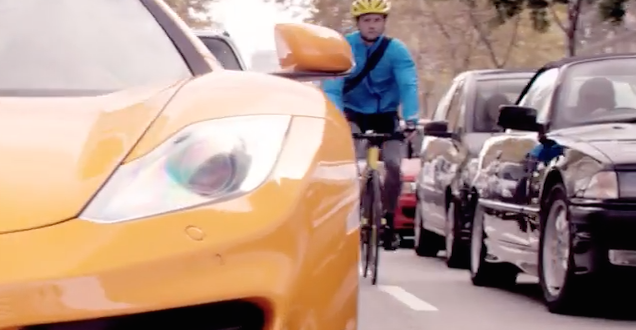 During the festive period many people are glued to TV screens and they’re bombarded with advertising, especially car advertising. But there’s one advert that shows the truth – if you want to get through a city quickly, ride a bike.

The "clever fast" TV commercial promotes the speed of the William Hill smartphone and tablet app. Anderson, who has directed such films as Alien vs Predator, the Resident Evil series and the Three Musketeers, shot a sports car driver stuck in traffic as a cyclist rides past.

The concept for the advert was developed in-house by William Hill and then fleshed out by creative agency, Bark & Bite. The advert was produced by Mob Sport.

There is also a behind-the-scenes video showing how Anderson and the crew produced the advert: