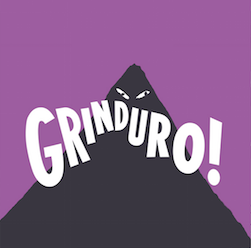 Adding a second event for 2017, Giro Sport Design has partnered with Fabric to bring Grinduro to the UK.

Grinduro is a combination of gravel road race and mountain bike-style endure. The course consists of one long loop of pavement, gravel, and dirt, where finishing times are based on four timed segments – each roughly five-to-seven minutes.

As a testament to both the diverse riding skills required and the level of competition, the 2016 Grinduro Quincy champions were former road professional Meredith Miller and former downhill professional Duncan Riffle, both of whom rode cyclocross bikes for the event.

The organisers have stated that Grinduro is not intended to simply act as a a bike race, it was also created as a celebration of cycling with as much emphasis on the fun as the ride, with food, art, handmade bikes, live music and camping.

“The interest in our first two Grinduro events in Quincy, CA was overwhelming; we’re looking forward to returning there on October 7th, but given the international interest – especially from our many friends in the UK – we knew we needed to take Grinduro abroad,” said Giro marketing manager Amanda Schaper. “We connected with Fabric and the event organizing team behind legendary UK event The Dirty Reiver, and the idea of Scotland came up. The Isle of Arran will provide an ideal setting, particularly with a performance from Scottish band The Van T’s.”