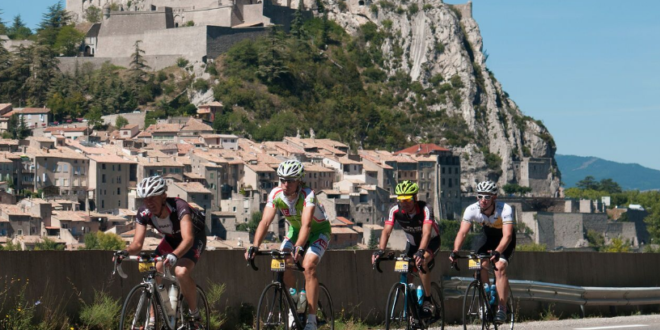 Amateur riders have one last chance to book a place at the Mavic Haute Route Rockies event, running between Boulder and Colorado Springs.

The sportive, which is set to take place between June 24th and 30th, 2017, has already had its discounted entries sell out. The organisers, OC Sport, have now made the final entries available at full price. Developed in the Alps in 2011, each Haute Route event consists of seven back-to-back stages including an Individual Time Trial. Each day is timed and ranked, with a running cumulative time, to emulate professional stage races.

The Mavic Haute Route Rockies will see up to 600 amateur cyclists visit from all over the world to experience professional-level riding at an altitude. Born from the shared vision of OC Sport and world-leading cycling brand Mavic, only a limited number of full-priced entries – at $2,400 – are available. Seven timed and ranked stages of over 550 miles and 52,000ft of climbing will put riders through their paces. Unlike its European counterparts in the Alps, Pyrenees and Dolomites, the Mavic Haute Route Rockies will tackle stretches of dirt and gravel roads.

Participants will be provided with guidance by professional race support, both on and off their bikes, including medical teams, technical support, rolling road security, film crews, and massage therapists.

OC Sport COO Matt Holden took part in a test event in June, alongside a group of journalists and ex-pros. “Around 15 per cent of the roads we’ll ride on aren’t paved, but they are mostly hard-packed dirt rather than the traditional gravel roads seen in Europe,” he comments. “They are safe and manageable, and riders don’t need a new bike to ride on them. I used a standard road bike with 25mm tyres and felt very safe even descending at 60 or 70km/h.

“Regarding altitude,” he continues, “every day in the Rockies is at altitude, but there are ways to acclimatise and manage this. We recommend arriving as early as you can before the event, ideally three or four days.”

Further updates on preparation for the Mavic Haute Route Rockies, including tips for combatting altitude sickness symptoms and for riding on dirt and gravel, will be released in the coming weeks and months. For more information on the Haute Route visit the website here, and to register, click here.