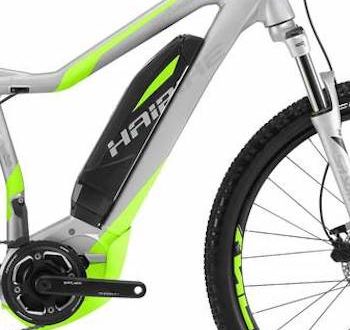 BikeBiz has received a press release from the Collective of European Importers of Electric Bicycles. Rather than parse it, and perhaps leave out salient details, here’s the full and unedited version

Gent, Belgium – 21 importers from 7 EU member states have joined forces for their defence in the anti-dumping proceeding on electric bikes from China. On 26 November, the Collective of European Importers of Electric Bicycles has sent preliminary comments to the European Commission to counterargue the EBMA-complaint and to request to be considered an interested party in the proceeding. The Collective finds the evidence presented in the complaint for dumping, injury and causal link very feeble and unconvincing. The Collective consists of a group of European importers, some of which have been on the market for a long time. They all share the intention and efforts to develop solid, successful and growing businesses. They have chosen to achieve this by developing long-term relationships with among others Chinese suppliers. In the comments sent to the European Commission, they voice their great concerns about the future of their businesses and the impact on European citizens, should the EU decide to impose anti-dumping duties on electric bicycle imports from China.

The Collective opens its comments with the conclusion that the proceeding is based on European legislation, which is in breach of WTO-rules. The EU should have changed its legislation before the end of last year but failed to do so. Consequently, the EU is now using rules for this proceeding, which go against WTO regulations. Under the new legislation for instance, the use of analogue country will no longer be allowed.

However, in this proceeding, the principle of analogue country is still applied. What’s worse, the European Commission goes along with EBMA’s suggestion to choose Switzerland as analogue country. This is no less than comparing apples and oranges. Average monthly wages in China in 2016 were € 730, in Switzerland € 5,730. EBMA states explicitly that the case focusses mainly on EPACs, but chooses an analogue country with the relatively highest sales of speed EPACs in the world. In 2016, 22% of all electric bicycles sold in Switzerland were speed EPACs. The much more stringent technical rules for these vehicles than for EPACs are only one element in much higher price levels than for 25 km/h EPACs.

But supplying the lower end of the market does not automatically mean dumping. EBMA ignores this world of difference between Chinese and Swiss EPAC production, which allows for the calculation of triple digit dumping margins (from 193% to 430%) based on normal values of in between € 1,782 and € 2,544. This is totally unrealistic. Polluted statistics As for the import/export data used in the complaint, something very peculiar is going on. EBMA rejects Eurostat import figures because they are “polluted”.

According to EBMA, these figures include other products than electric bicycles, such as hoverboards and conventional bicycles sent to Europe under the CN code for electric bicycles. This allows for avoiding import duties and circumventing anti-dumping duties. The Collective fails to understand why EBMA, although aware of these illegal trade practices for more than 3 years, has taken no action whatsoever against them. Instead a dumping complaint is built on export statistics provided by the custom services of a country that is being extensively accused of causing injury to the European industry, not only by dumping but also by subsidization. As the Chinese export statistics are listed “confidential” it is impossible to check out the data. The injury evidence presented is just as debatable.

In the considered period, electric bike consumption in the EU increased by 55%. Growing demand resulted in sales for both the EU producers and importers to go up. Sales by EU producers supporting the complaint increased by 45% in the period considered. Furthermore, employment in EU industry also improved: with 9% in 2015 and with almost 12% in 2016. Where to find proof of injury among all these positive results? Competition to shrink The reason why the Collective submits an extensive counter-argumentation is because the group believes that it is exactly potential anti-dumping duties that cause a threat of injury, more specifically injury to the European electric bike market and therefore to the European citizens

The Collective has the strong impression that this complaint is based on the ultimate objective to create a hidden non-tariff trade barrier, rather than tackling a real illicit trade practice. The EBMA represents companies, which to a large extent are active in mid- and high-range electric bicycles. There is a however also a considerable market for lower-range products. The Collective believes that the complaint is aimed at preventing non-EU producers to supply this market. Furthermore, should anti-dumping duties be imposed, this will ensure that Chinese producers are also prevented from being active in the mid- and high-range market.

Because of the anti-dumping duties, Chinese producers will no longer be able to supply European importers with a competitive product in any of these ranges. Achieving these two objectives, i.e. preventing Chinese supply for the low end as well as developing mid- and high range products, will result in shrinking competition, which in turn will bring about a reduction of choice and higher prices for European consumers. Anti-circumvention case in the making The complaint holds 19 references to Bosch and 17 to Bafang. Whilst extensive references are made to Bosch to make the case for dumping, Bafang is accused at length of among other things subsidization without any evidence being produced. Apart from the fact that subsidization allegations do not belong in an anti-dumping complaint, this argument strengthens the Collective’s impression that this complaint is an anti-circumvention complaint in the making.

The Collective warns that should anti-dumping duties be followed by anti-circumvention measures, then the whole European electric bicycles business, including the European producers of electric bicycles will sustain very considerable damage. The production of components for electric bicycles in Europe is by no means at a level to supply the demand that would result from anti-circumvention measures. The consequences of such shortage would be incalculable. Reduction of competition may well further deteriorate into the creation of monopolies. Call to terminate The Collective holds a deep belief in the potential contribution of electric bicycles and other light electric vehicles to sustainable mobility, as well as to the improvement of public health, combatting climate change, greening the economy, creating jobs, in short improving overall quality of life.

However, if the consumer is confronted with a lack of choice, because of trade restrictive measures, which are reducing competition, it is very likely that this consumer will turn away from electric bicycles and will rather continue using unsustainable means of transport to the detriment of our society as a whole. In conclusion, the Collective is convinced that the complainant does not provide satisfying evidence for dumping, injury and causal link. Since the potential imposition of anti-dumping duties will seriously harm the electric bicycle sector in the EU as well as EU citizens and society, the Collective calls upon the Commission to terminate the proceeding without any further measures.