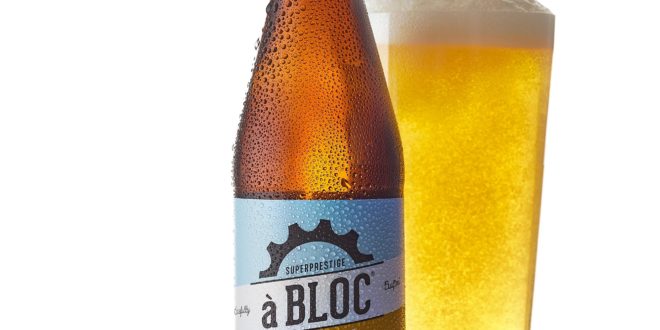 Available in bottles, cans and kegs, the beer for distribution in the UK is brewed under licence by a British craft brewery.

“I’m very excited to finally launch à Bloc in the United Kingdom and make our beer available to a wider group of cycling enthusiasts."

à Bloc’s UK general manager Alistair Sterling said: "My focus will be to establish a strong network of wholesalers throughout the UK, ensuring pubs and cafes in all regions have access to the brand."

The beer – infused with "Alpine minerals" – is already brewed under licence in the Netherlands, Australia, South Africa and Denmark.

A UK subsidiary of the company was founded in April last year following a successful crowd-funding campaign.