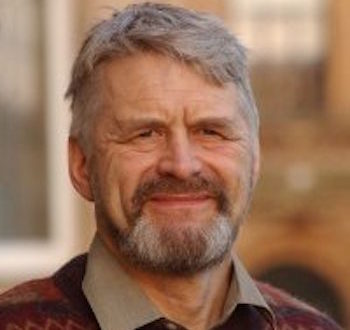 Do you have a policy on riding bikes in store?

He adds: "If a customer is injured in your store, is there a recognised procedure to ensure they are checked for the extent of their injuries as part of your duty of care to prevent harm on your premises?"

He’s raising these points following an inquest where an elderly customer tried a bike in a Halfords store, fell off in the aisle and later died.

79-year-old Peter Norton died after sustaining a traumatic brain injury when he fell from a bicycle he had returned to a Halfords store in St. Austell reported Cornwall Live.

At an inquest coroner Guy Davies ruled the incident was an accidental death, and said he would contact the Halfords CEO to make recommendations relating to customers who are invited to test out bikes inside their stores.

He said: "From discussions with the staff, what was done to the bike was a simple adjustment. Mr Norton had made a sharp left turn around a shelving unit but no staff witnessed the turn. After hearing the fall, staff went to check if assistance was required and there was no mention that he had hit his head."

He added that an accident report form had not been completed until the day he attended the store. He also said that there was no breach of health and safety regulations, despite staff having failed to provide first aid care, or ask for Mr Norton to wear a helmet.

"The coroner should have made a far greater point that Halfords must deliver a clear in-store policy on any incident involving harm to a non-employee on the premises, not least because of the liability of the directors (ie potential jail term) if a case for a Section 3 (HSAWA 1974) prosecution is brought to court.

"At the very least the store staff should have insisted on [Mr Norton] having a proper check of his injuries, by offering to accompany him to the local A&E, or, when recording the incident in the store accident book (which it must have) noted his choice to refuse medical attention.

Given the bungling of the initial management of the incident and serious delay in processing the Reporting of Infectious Diseases & Dangerous Occurrences Regulations report, I’m surprised that Halfords has not been prosecuted or at least warned by HSC over this incident."

A Halfords spokesperson said: "We were deeply saddened by this tragic accident and, although there was no breach in health and safety legislation, we are reviewing the initial recommendations made at the inquest, pending the formal report. Our thoughts and condolences are with the family of Mr Norton at this time."