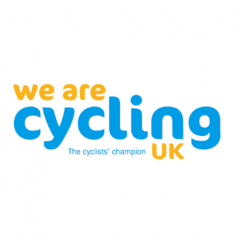 Gail Purcell was found not guilty by the Old Bailey jury for causing the death of cyclist Michael Mason by careless driving.

Teacher Michael Mason was cycling north on Regent Street from Oxford Circus in London on 25 February 2014. At 6.23 pm he was hit from behind by a black Nissan Juke driven by Ms Purcell and as a consequence sustained a fatal injury to his brain, passing away 19 days later on March 14th having never regained consciousness.

This case was brought to court as a private prosecution by Cycling UK’s Cyclists’ Defence Fund after the Metropolitan Police refused to refer the case to the Crown Prosecution Service for advice on whether to charge Gail Purcell with any offence – contrary to CPS guidance in fatal collision cases.

CDF brought this prosecution with support from over 2,000 people who donated more than £80,000 to help fund the case.

Throughout the proceedings, Ms Purcell was unable to offer any explanation as to why she failed to see Mr Mason as he cycled along Regent Street, illuminated by his bicycle lights and the surrounding street lights. CDF commented that it strongly believed that a jury should have the opportunity to consider the evidence, a view that Judge Gordon accepted yesterday when he refused the application made on Ms Purcell’s behalf to dismiss the prosecution, accepting that there was a case to be put to the jury.

Spokesperson for Cycling UK’s CDF Duncan Dollimore said: “While we accept the jury’s decision, CDF is disappointed and concerned about the message this conveys to the general public regarding driving standards.

“Careless driving is supposed to be driving which falls below the standard expected of a competent and careful driver. If failing to see an illuminated cyclist on a well-lit road is not careless driving, and no explanation for that failure is required, that reinforces the arguments Cycling UK has made through our Road Justice Campaign for many years: namely the definition and identification of bad driving offences needs urgent review.

“Both CDF and Mr Mason’s family would like to thank all those people who supported this prosecution. Although we can only be disappointed at the result, we hope that this case demonstrates why we need to look closely at how the justice system serves the victims of road collisions and their families, and whether the standards applied to decide what is, or is not, careless or dangerous driving are fit for purpose.”